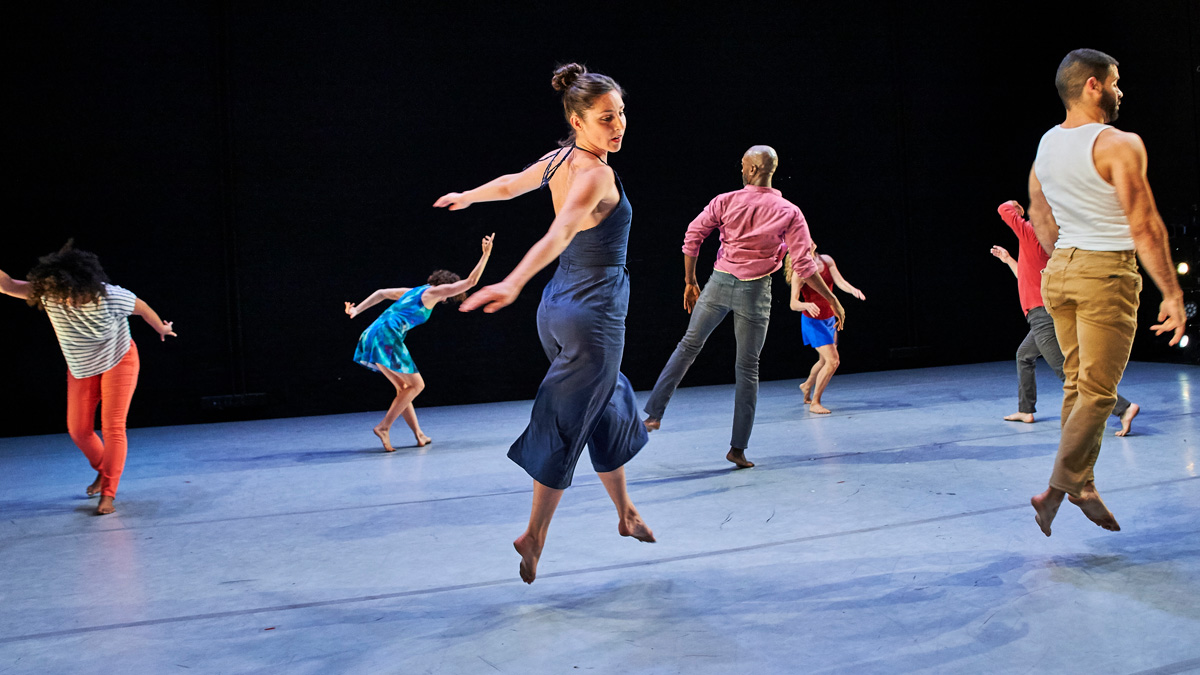 You Are Here (Excerpts)

Jane Comfort’s You Are Here is an ode to urban dwellers—the millions of citizens who live on top of each other, participate in the daily pedestrian dance of the sidewalk, street and transit system, and who are part of a massive improvised narrative. You Are Here explores how we interact without looking at or touching each other, how we recharge at home each night, and how we head back onto the city’s stage again each morning, ready for more.

Archival video of You Are Here

Jane Comfort and Company creates dance theater works that push the intersection of movement and language to a new form of theater. Called “a postmodernist pioneer in the use of verbal material in dance” by The New York Times, Jane Comfort addresses contemporary social and cultural issues with compassion and wit. The company has toured throughout the United States, in Europe and in Latin America, and has received multiple grants from the NEA, NYSCA, NPN, NYFA, Meet the Composer, BUILD and many other organizations. The company celebrated its 40th anniversary with a 40-year retrospective in 2018 at La MaMa.

From the Choreographer
We are happy to be participating in New Victory’s online dance series and admire the invention and professionalism they have brought to the video process. The company members had fun making their dance party videos in the isolation of their homes or nearby parks and beaches. This has been the company’s first communal (in isolation) event since we all went into lockdown in mid-March. It is interesting that I made You Are Here to celebrate the urban dance that pedestrians do when they negotiate the public spaces of a crowded town. Now, with the pandemic, the idea of the urban dance has changed dramatically. Six feet, folks, and wear your masks!

Choreographer Bio
Jane Comfort is a choreographer, writer and director known for issue-oriented works integrating text and movement. Since 1978, she has created over 60 dance/theater works, most of them evening-length, that have been presented throughout the United States, in Europe and in Latin America. Recent work includes the company’s Bessie Award-winning 40th Anniversary Retrospective produced by La MaMa and Lumberyard. Jane received a 2018 Lifetime Achievement Award from the American Dance Guild, a 2010 Guggenheim Fellowship and 1998 Bessie Award for Underground River, among others. Jane also works in theater and opera, and choreographed the Broadway musicals Passion by Stephen Sondheim and Amour by Michel Legrand.