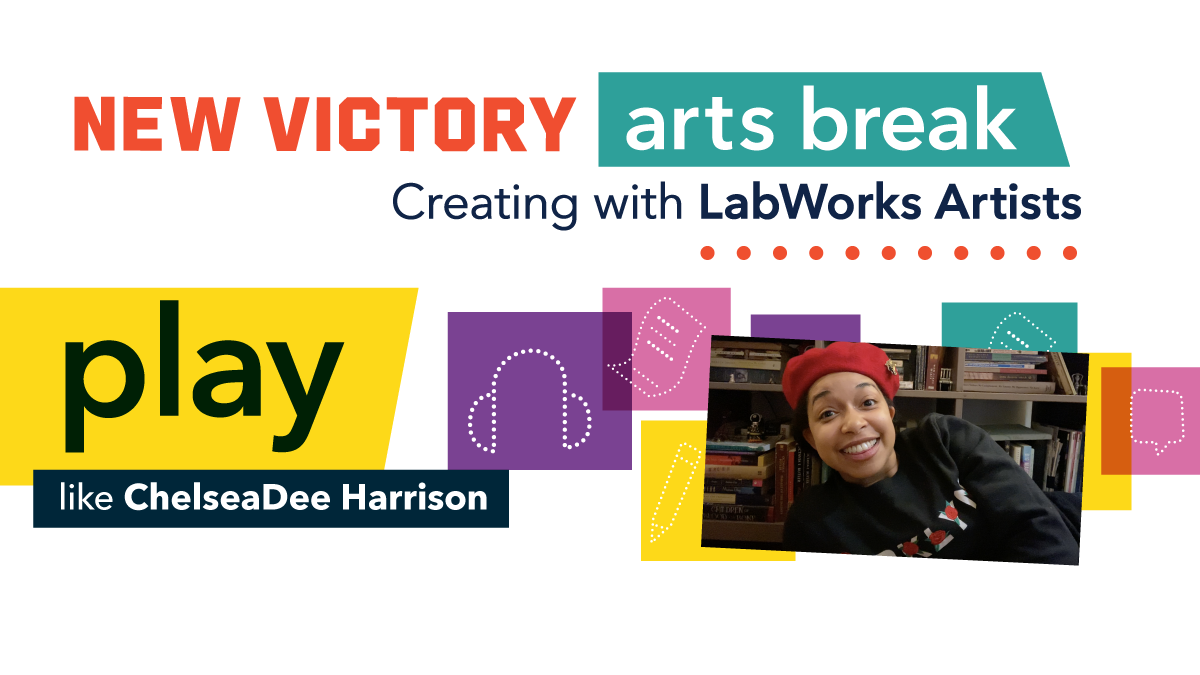 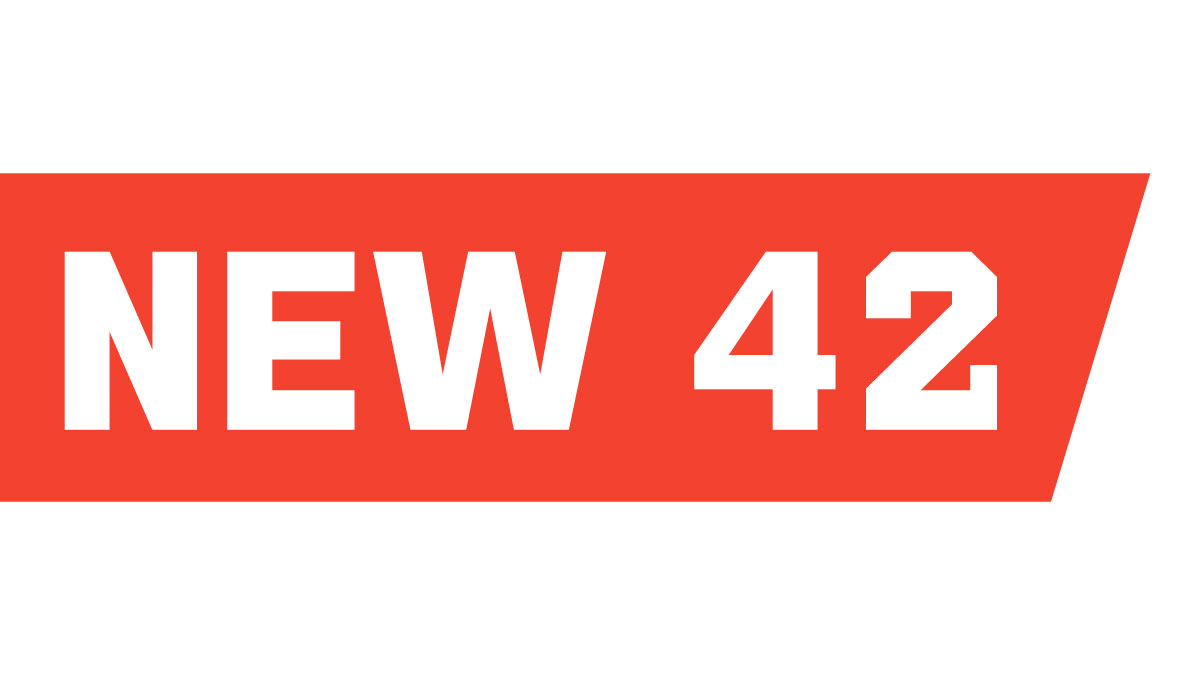 Juneteenth, celebrated annually on June 19th since 1865, commemorates the emancipation of enslaved Americans. Last year, we made a commitment to celebrate the holiday through New Victory Arts Break, sharing more about the event’s historical and cultural context and exploring the relationship between activism and the arts. The response from you and from the hundreds of teachers we work with was overwhelmingly positive. 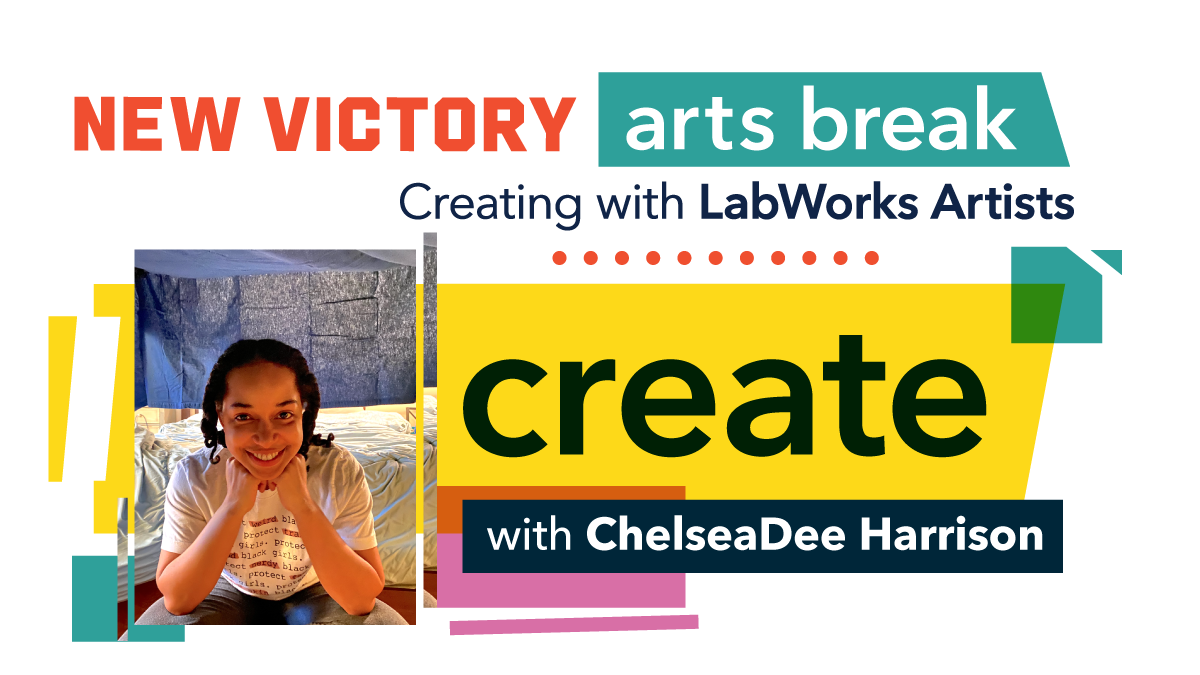 Last week, we met New Victory LabWorks Artist ChelseaDee Harrison, who showed us some of the places in her community that inspire her art-making. This week, we’ll get a closer look at how she’s been creating work from home and then join in the fun ourselves. 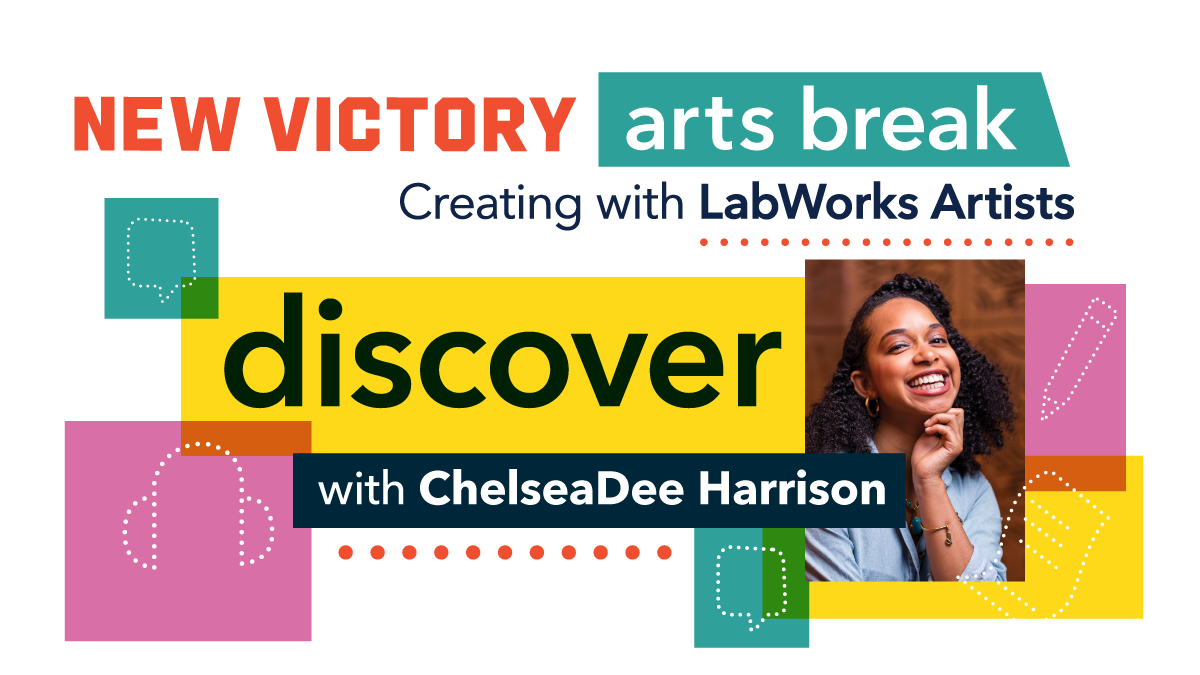 For the next two months, we’ll be getting a glimpse into the creative homes and processes of this season’s cohort of LabWorks Artists, starting with sonic dramatist ChelseaDee Harrison. Along the way, we’ll check in with some LabWorks alumni and play alongside New Victory Ushers and Teaching Artists. Ready? 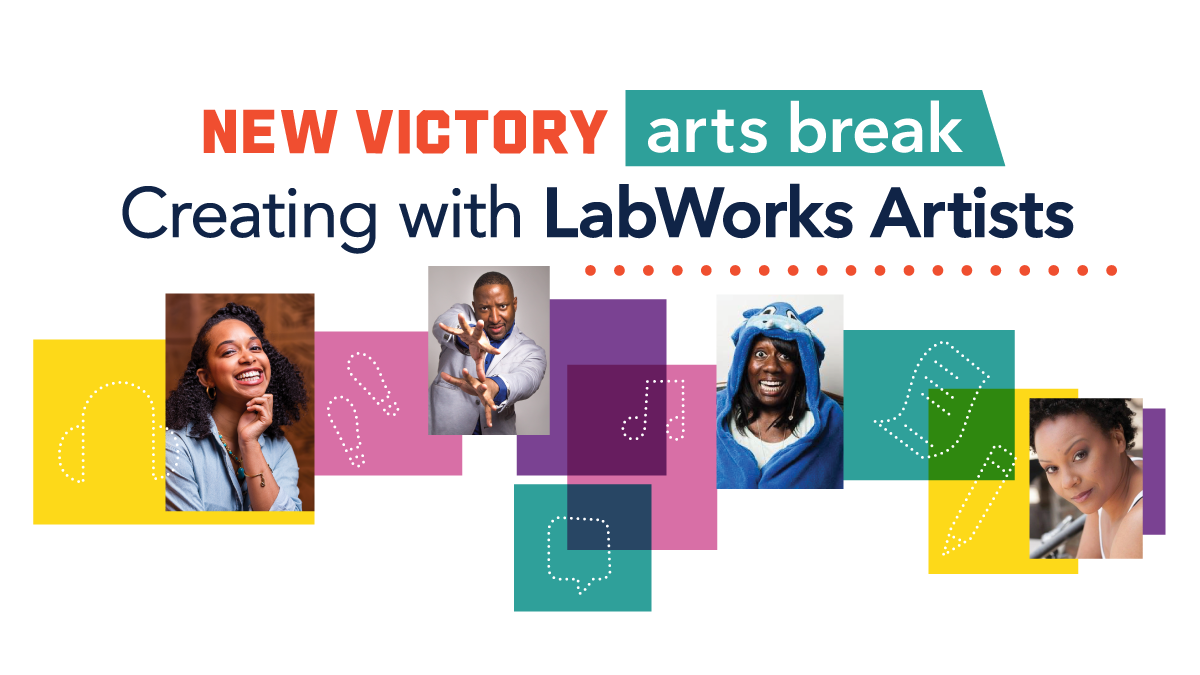 All communities share one thing: they bring people together! By sharing and exchanging ideas, communities grow from having something in common—where people live, what they like, or how they see the world. For the next two months, New Victory Arts Break will introduce you to a community of theatermakers creating adventurous new work for families: New Victory LabWorks. 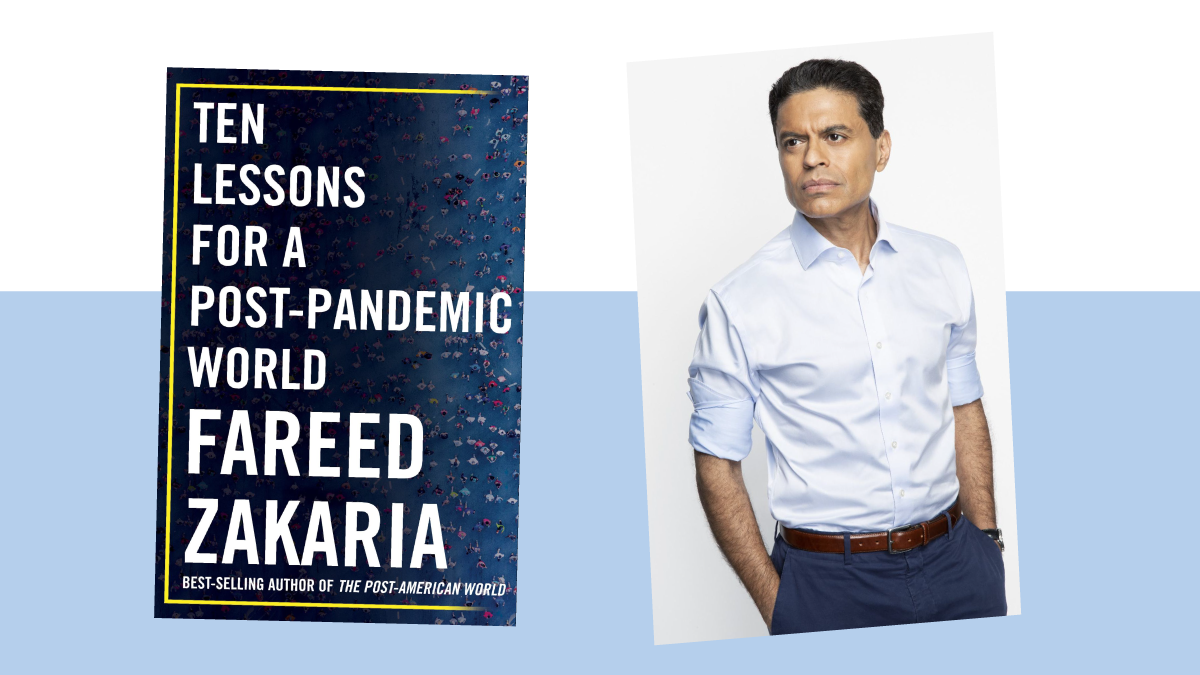 We’ve spent the last three weeks exploring the arts in North America, learning about the rich traditions of stepping and ring shout as well as some homegrown music and dance from Washington, D.C. To wrap up our time in North America, we’ll return to the ring shout tradition and explore how the arts can propel us toward the kind of futures we want to have.