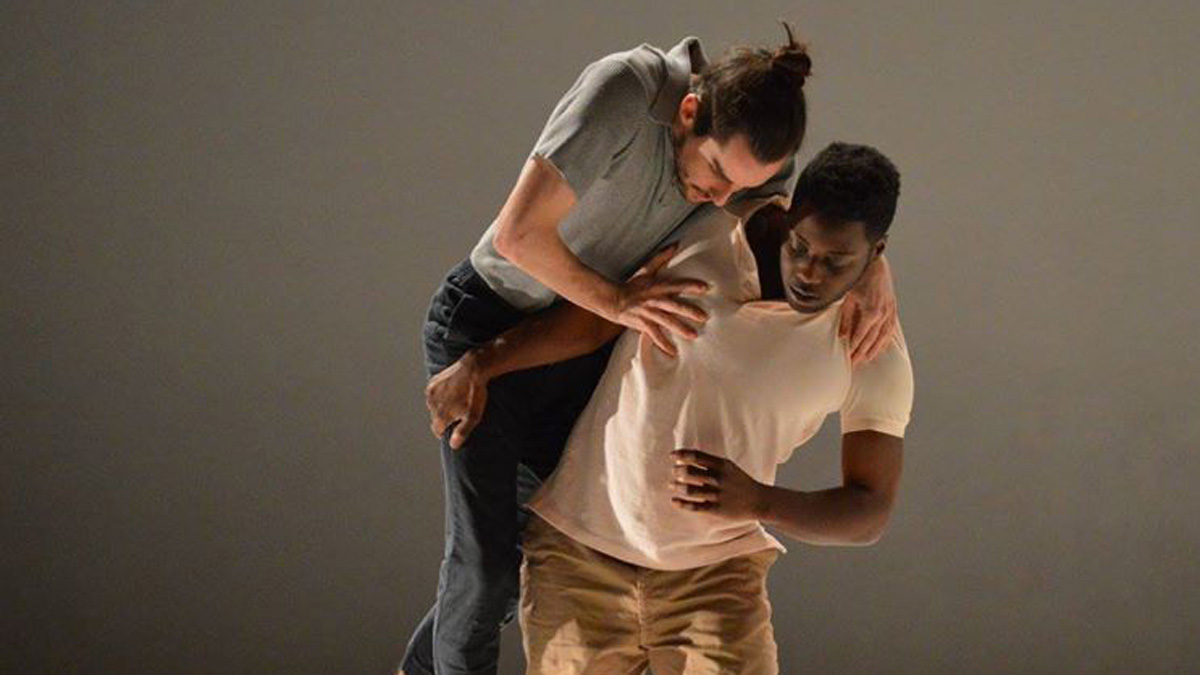 In Good Island, a group of powerful men explore the limits of rambunctiousness, sensitivity and competition. Choreographer Keerati Jinakunwiphat harnesses the raw energy of her dancers to tell a story of high physicality and human connection.

As a creator, Keerati Jinakunwiphat looks to organize her storytelling with movement vocabulary that investigates high physicality, connectivity between individuals, strong musicality, and spirited oddity. The company develops intertwining, dynamic correspondence between characters in a celebration of diversity and individuality. Alongside many inspirations from film, literature, and visual art, she continues to explore different means of unique movement translation and invention. Keerati creates to develop relatability, evoke interpretation and stimulate.

From the Choreographer
Good Island (2016) is a place where Lord of the Flies meets Where The Wild Things Are. Together, these powerful men explore different degrees of rambunctiousness, sensitivity and competition.

Choreographer Bio
Keerati Jinakunwiphat, originally from Chicago, received her BFA from the Conservatory of Dance at SUNY Purchase. She has additionally studied at the Western Australian Academy of Performing Arts, San Francisco Conservatory of Dance and Springboard Danse Montreal. She has worked with and performed works of artists such as Kyle Abraham, Nicole von Arx, Trisha Brown, Jasmine Ellis, Shannon Gillen, Andrea Miller, Kevin Wynn and Doug Varone. Keerati began working with Abraham.In.Motion in 2016. As a freelance choreographer, Keerati has presented her own choreographic works at the American Dance Guild Festival, Triskellion Arts, Dixon Place, Battery Dance Festival, Dance Gallery Festival and the Joyce Theater. She has been commissioned to set and create works on the Evanston Dance Ensemble, the Martha Graham School, SUNY Purchase College Conservatory of Dance and Kyle Abraham/A.I.M.

Join choreographer Keerati Jinakuniphat, as well as Argelia Arreola and Martin Rodriguez from Chapter 2, as they answer questions about their work submitted by summer camp kids and families watching New Victory Dance.