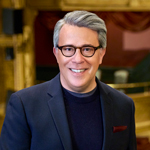 Internationally respected as a strategic and effective advocate for arts education, Mr. Granet founded Arts Education Resource, a consulting group leading cultural institutions, school districts, and public and independent schools in the development of arts equity and inclusion initiatives. Mr. Granet also held leadership positions at The Center for Arts Education—The NYC Annenberg Challenge and American Place Theatre, and was a senior teaching artist in NYC public schools. He served on the faculty of the Steinhardt School of Education at New York University for 20 years, where he developed and taught the course Drama with Special Populations.

Mr. Granet currently serves as a trustee of Times Square Alliance, Bank Street College and Sherman Fairchild Foundation and he previously served on the boards of the Goddard Riverside, Association of Teaching Artists, American Alliance for Theatre and Education, American Place Theatre, Hilary Easton + Company, and was a founding board member of the NYC Arts in Education Roundtable and the Chair of Arts Education for the Columbia County (NY) Arts Council. He is a graduate of the London Academy of Music and Dramatic Art and Emerson College, and received his Master’s degree from the Steinhardt School of Education, New York University. 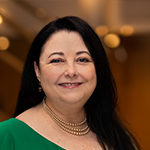 Mary Rose Lloyd, Artistic Director, is internationally recognized for her expertise in young audiences programming and her thoughtful partnerships with innovative artists through New Victory LabWorks, a model new work development program that fosters the creation of extraordinary work across all disciplines for family audiences.

An accomplished speaker and frequent panelist and juror, Ms. Lloyd has served on several curatorial selection juries, has been a delegate for numerous international touring and exchange projects, and was a member of the East Coast Advisory Board for the US COMEDY ARTS FESTIVAL. She has served on grant giving and funding panels, including for the New York State Council on the Arts, the Lower Manhattan Cultural Council and Pennsylvania Performing Arts on Tour. Ms. Lloyd was a selected juror for the 37th Festival Mondial du Cirque de Demain in Paris, a respondent for the Southeastern Theater Conference (SETC), a member of the Artistic Advisory Committee of Circus Now, and is currently a trustee of the Board of Directors of The Chocolate Factory Theater in New York. She is a former board member of TYA/USA and International Performing Arts for Youth (IPAY) where she was the Chairman of IPAY’s Artist Showcase Selection Committee. Ms. Lloyd was the 2014 recipient of the Mickey Miners Lifetime Achievement Award, IPAY’s highest honor for making a significant impact on the field of performing arts for young audiences, and the 2017 recipient of the William Dawson Award for Programmatic Excellence and Sustained Achievement in Programming from the Association of Performing Arts Professionals (APAP). Ms. Lloyd has an MFA in Arts Management from the Yale School of Drama where she received the Morris Kaplan Award for Excellence in Arts Administration. 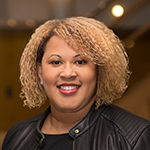 During her tenure, New Victory received the Americans for the Arts Outstanding Education Program Award (2008) and a special Drama Desk Award (2012) for “…nurturing a love of theater in young people.” Ms. Boddie is the creator and host of “Teaching Artistry with Courtney J. Boddie,” a monthly podcast featuring engaging and investigative interviews, roundtable conversations and panels with artists and arts education leaders. She is an adjunct professor at New York University and The New School. Ms. Boddie was President of the Association of Teaching Artists (ATA) 2015 to 2017 and is currently on the Board of Directors (Treasurer, 2018-19). Additionally, she serves on the Teaching Artist Committee of the NYC Arts in Education Roundtable, the editorial board for the Teaching Artist Journal and is a Women’s Center Media SheSource. Prior to joining New 42 in 2003, Ms. Boddie was Program Associate for Empire State Partnerships (NYSCA) and a teaching artist for Roundabout Theatre Company. She received her Master’s degree from the Educational Theatre Graduate Program at New York University. 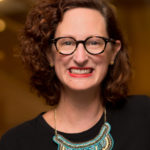 Ms. Buller Maliekel has also worked for the past five years with research firm WolfBrown to lead a longitudinal study on the intrinsic impact of arts on young people. She is a Thesis Advisor for the first American Masters program in Applied Theatre at City University of New York and part of the National Advisory Board for the Teaching Artist Guild. She has planned conferences and pre-conferences for organizations such as AATE, National Guild and the NYU Forum. Prior to joining New 42 in 2004, Ms. Maliekel was a consultant, director, curriculum writer and Teaching Artist for such organizations as Creative Arts Team, Summer Theatre Institute, Girls Leadership Institute and TheatreWorks: Silicon Valley. She is honored to have served on the Board of Directors for Spellbound Theatre. She received her Master’s degree from the Gallatin School at New York University focusing on Theater as a Tool for Communication and Learning.

New 42 Board of Directors

Meet the rest of the dedicated staff of New Victory