From djembe to Juba, the rhythms and dance styles that Step Afrika! uses to tell the story of Stono are rooted in the music and movement traditions of nations in West Africa, the original or ancestral homes of most Africans enslaved in America. This week, we’ll use modern African dance styles to accompany our own stories, and take time to research the cultures and histories behind dance styles across the continent. 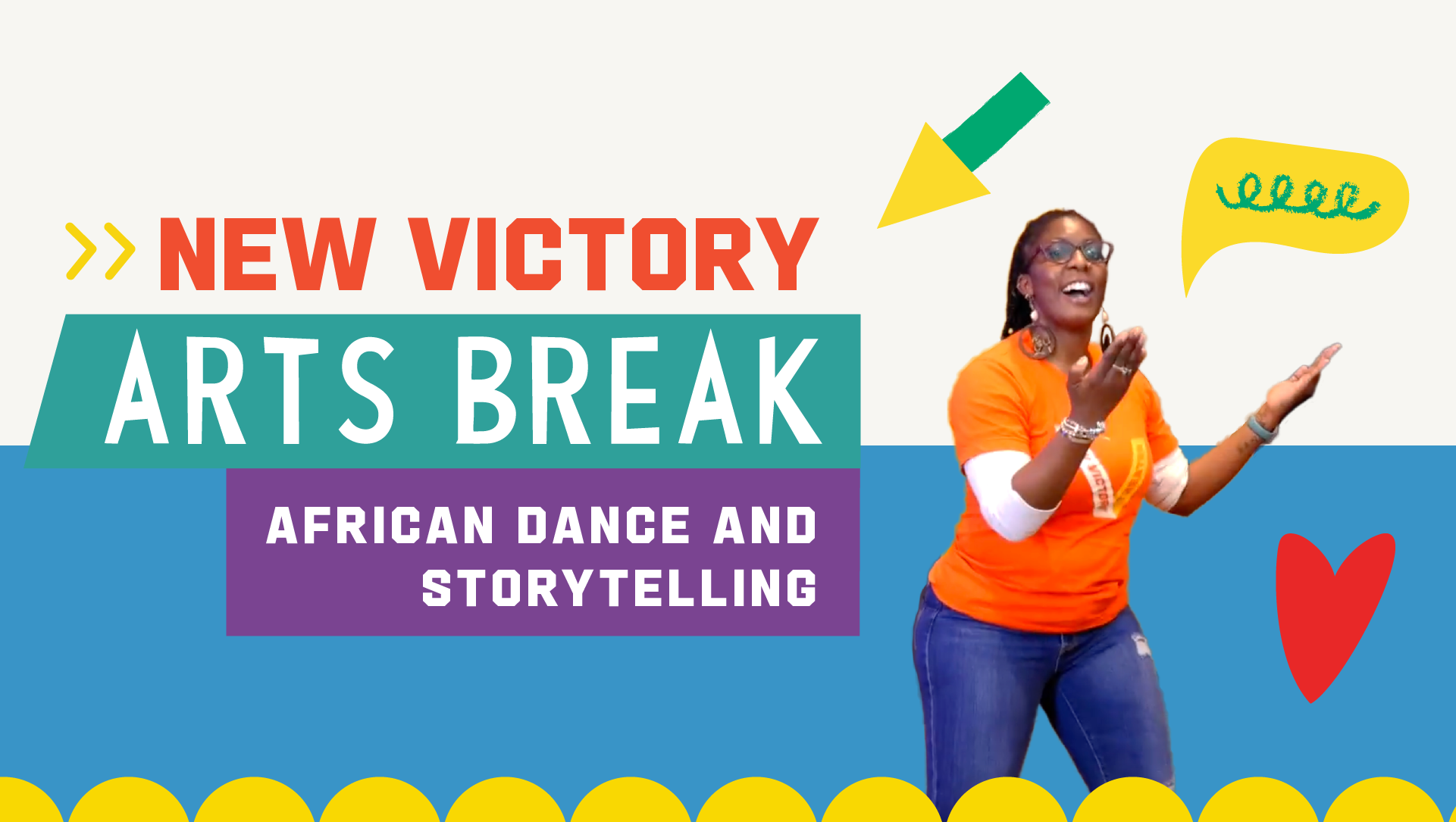 Before we start dancing, let’s warm up our bodies with a movement and rhythm guessing game using the fundamentals of stepping—stomping, clapping and tapping various parts of the body.

Materials: Sheets of paper cut into slips, something to write with, tape

Step One: Gather a group of friends or family members and invite everyone to write down a series of steps on slips of paper. Each slip should contain a single step (claps, stomps, taps, snaps), and each player should create at least three slips. 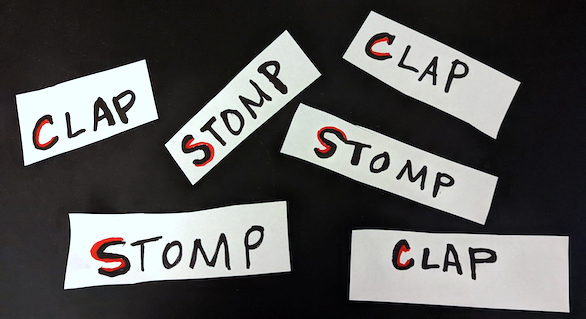 Step Two: Fold the slips and mix them up in a pile or small container. Have each player select three slips of paper without peeking.

Step Three: Help each other to tape your selections to each other’s backs in a vertical list. The list of steps taped to your back is the combination you will need to guess.

Step Four: Now the game begins! One at a time, face away from the group, and listen as the other players perform the steps written on your back. Can you guess the combination without seeing it?

Here’s a sample round from Keyleen and Yesenia from the New 42 Youth Corps. They leveled up the game with four-step combinations:

How tricky can you make the combinations in this warmup? Check out some of the Howard University Step Team’s competition and performance videos for inspiration. Portions of Stono were filmed on the campus of Howard University, which is the alma mater of several Step Afrika! artists and the first Historically Black College or University (HBCU) to form a non-Greek step team!

Every family and everyone has a story to tell, and all cultures have artistic traditions that help us tell those stories. Let’s join New Victory Teaching Artist Olney Edmondson as she uses African dance styles from Ghana and Nigeria to tell a family story.

Step One: Think of a family story that you’d like to share. It could be a story you experienced first-hand, or a story about your family that’s been passed down to you. If you need to, gather more information from your family, and then fill in the blanks below.

The story I want to share is about (sum up the story in a few words).

Looking back now, I feel  .

Step Two: Look at the words you used to fill in the last two blanks. Of the moves that Olney shared, which ones fit the emotions of your story best? It’s your story, so there is no wrong answer!

Step Three: Practice your chosen moves and combine them to choreograph a dance that helps tell your story! You could even put your words and movement together, sharing your story aloud as you dance.

Melissa from the New 42 Youth Corps shared the story of the day she adopted her new kitten, specifically the feeling of watching him explore his new home! At the time, Melissa remembers feeling curious, wondering what he was thinking and whether he’d be happy with her family. And looking back now, she’s surprised by how brave he was!

Get creative and have fun sharing your dance with your family. How well do they know the story? Teach them your moves and you’ll have transformed the story from an oral tradition into a family dance tradition!

Step One: Take some time to look at the map of Africa below, made up of 54 different countries, and choose one country. For our example research, we’re choosing Zimbabwe, but we encourage you to choose any country you’d like to research. 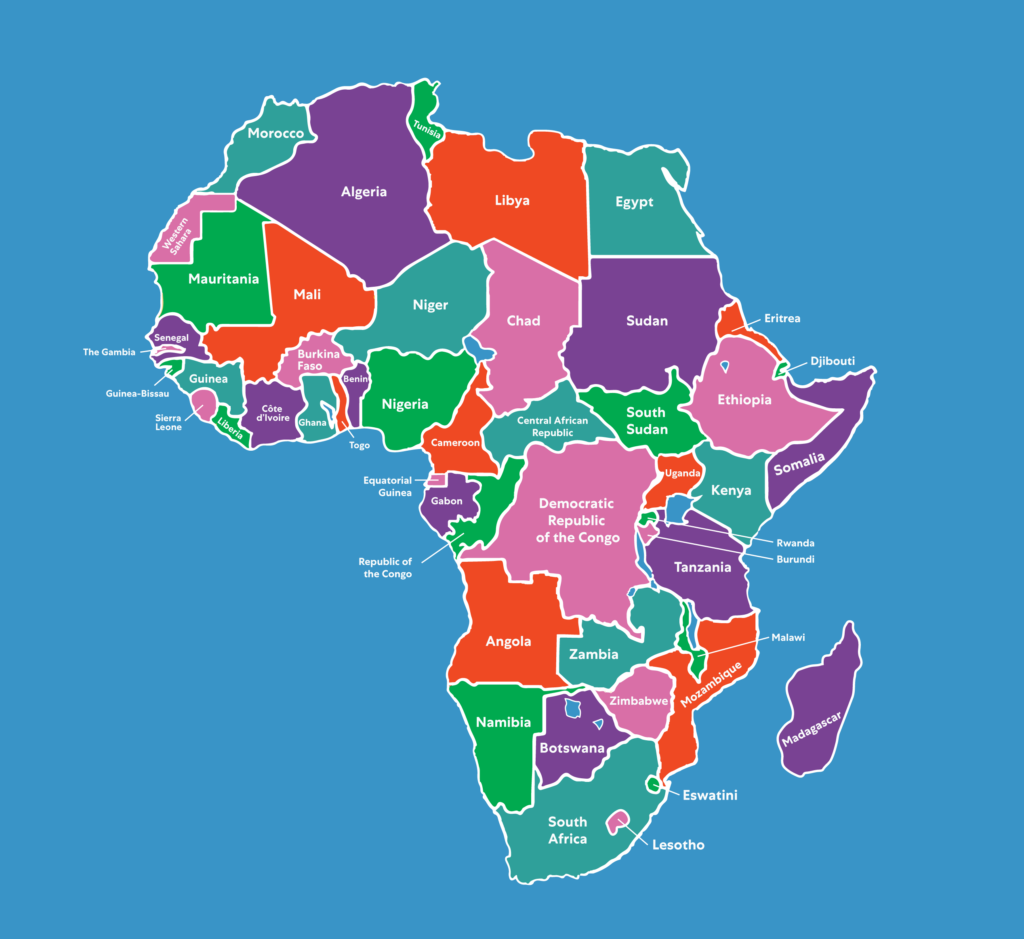 Step Two: In our initial research, we learned some amazing things about Zimbabwe. Here are a few fun facts: 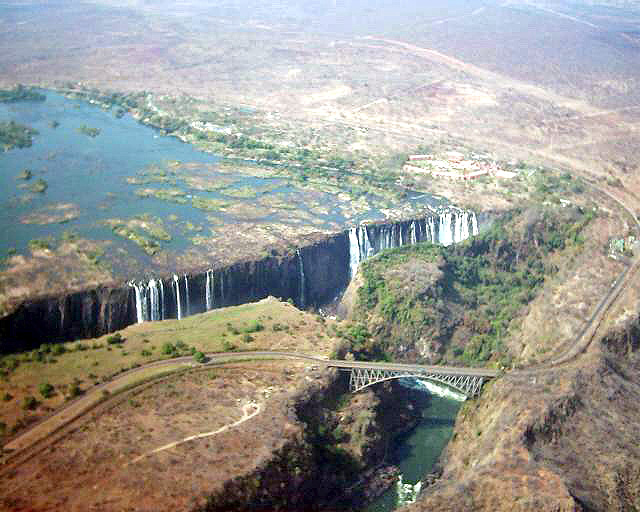 What fun facts did your research turn up on the country you selected?

Step Three: Now look for information about cultural dances associated with the country you’re researching. Our research turned up a number of traditional Zimbabwean dance styles, including two social dances connected to the traditions of the harvest.

The first dance, called the Dinhe, is a tradition of the Korekore people of northern Zimbabwe. Join Zimbabwean dancer Rujeko Dumbutshena as she teaches portions of the Dinhe in this “Five(ish) Minute Dance Lesson” from Kennedy Center Education.

The second dance, also celebrating the harvest, is called the Mbakumba, and is a tradition among the Karanga people of southern Zimbabwe. Check out this performance of the Mbakumba from kids at Sihlengeni Primary School:

Step Four: Try practicing some of the moves you find. But remember, most African dance styles have deep cultural and historical significance. It’s important to understand where they come from and what they mean, and to honor them by sharing all that you’ve learned with your audience if you do choose to perform them yourself.