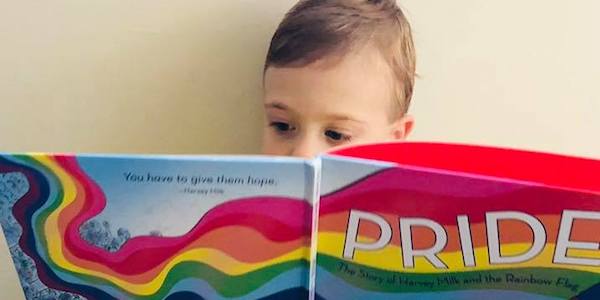 The publishing world has made major waves in recent years by putting books on the shelves for all ages with LGBTQ+ representation. No matter what your family looks like, books are a great opportunity to open a kid’s mind to diverse families, gender identities and self-expression.

This Pride month, we’ve put together a list of books to keep on your shelf year-round to explore the subjects of LGBTQ+ rights, gender diversity, acceptance and overcoming adversity. These 20 books celebrate different identities in positive, uplifting ways and feature storylines from all walks of life.

This heartwarming book is based on the true story of a pair of male penguins given an egg to hatch and raise at the Central Park Zoo. This simple and sweet story is a great introduction to opening your kids’ minds to diversity in families with adorable illustrations throughout.

Mommy, Mama, and Me and its counterpart Daddy, Papa, and Me are illustrated, rhyming board books that feature a day in the life of a toddler spending time with their mommies and daddies. These are fun, easy books that don’t call attention to same-sex parents, but highlight the loving relationship between them and their little one.

One of the first pieces of LGBTQ+ children’s literature to ever garner broad public attention, Heather Has Two Mommies is a book centered around a little girl who realizes many kids in her playgroup have a daddy and mommy, but she has two mommies. The book ends with an uplifting message that all families look differently, and no kind of family is better than another.

When a blue crayon is mislabeled as a red one, it struggles as its teachers, parents and classmates try to teach the blue crayon to be red. Frustrated after being unable to draw strawberries or mix with yellow to create orange, the blue crayon gets a fresh perspective when a new classmate encourages it to have the courage to just be blue. This is a great book to show kids how they’ll shine when they choose to be who they truly are, and how loving and supportive friends help them shine too!

Beautifully illustrated with diverse characters, this book showcases Julián, a young boy that is fascinated by mermaids after seeing three women fabulously dressed up on the subway. Encouraged by his loving abuela, Julián gets dressed up in a mesmerizing outfit and joins a festival of people dressed as fantastically as Julián in a celebration of self-love and expression.

It’s Okay to Be Different is a book filled with bright colors and silly scenes, perfect for kindergarteners to learn what it means to be confident in who they are and accept and celebrate others as they do the same.

PRIDE: The Story of Harvey Milk and The Rainbow Flag (5+)

The first-ever picture book about the story of the Gay Pride Flag, this is a moving and empowering story that teaches young readers about social activist Harvey Milk, designer Gilbert Baker and their journey from creating the flag to it spanning across the globe. Pictured in the featured photo above.

When Chloe’s favorite uncle, Bobby, announces that he is getting married to his boyfriend, Jamie, Chloe worries that Uncle Bobby won’t have as much time for her anymore. Uncle Bobby’s Wedding celebrates same-sex marriage, but also focuses on the love that Chloe and Bobby have for each other and the way their relationship strengthens when she gains another uncle.

When a young boy develops a fascination with his mother’s bindi, she celebrates his interest in their culture by teaching him its significance and giving him one of his own. The Boy and the Bindi is a beautiful story that explores and celebrates the young boy’s relationship with his mother, culture, gender, friends and social norms.

Antonio is a bilingual first grader with a love of words and his two moms. When his classmates begin to make fun of his mom’s partner, Leslie, for her height and paint-splattered overalls, Antonio explores how to stand up for Leslie, claim his family proudly and express his appreciation for the women in his life who love him through his art and words.

Dennis is different from the other boys at school—he’s the star of the soccer team, and is also interested in women’s fashion. When a fellow classmate, Lisa, encourages his interests and helps him wear a dress, kids at school are perplexed and exclude Dennis. In a heartwarming concluding moment, his teammates rally around him at halftime and publicly support Dennis in a celebration of diverse interests and being different.

Twelve-year-old Mattie wrestles with her emotions when she finds herself having feelings for Gemma, her castmate in her school’s production of Romeo and Juliet. As she navigates crushing on both boys and girls, the play takes a dramatic turn when Mattie is asked to step up and play Gemma’s counterpart—Romeo. This light-hearted story explores courage and self-acceptance in a gentle, understanding way, with a healthy dose of Shakespeare and humor.

Stonewall Riots: Coming Out in the Streets (10+)

This is a beautifully designed book that describes American history leading up to the Stonewall Riots, the Riots themselves and the events that followed. Presented with interviews of people involved, photos, newspaper clippings and other period objects, this is an excellent resource to introduce or continue learning about LGTBQ+ history.

George was born a boy, but knows in her heart that she’s a girl. When her teacher announces the class play will be Charlotte’s Web, George and her best friend, Kelly, devise a plan for George to play Charlotte, even after being unable to audition. Sensitive, honest and encouraging, this simple story illustrates what it’s like to feel different, and the hopefulness and joy that come with acceptance.

By Raina Telgemeier and Gurihiru (Colorist)

Drama is a graphic novel about a class of middle-schoolers putting on a musical led by an ambitious seventh-grader named Callie. When low budgets, low ticket sales and offstage drama get in her way, Callie learns she has her work cut out for her. Complete with LGBTQ+ representation, plenty of humor and zero judgement, this is a lighthearted read for middle schoolers interested in theater.

Aristotle and Dante Discover the Secrets of the Universe (14+)

15-year-old Aristotle has never had a friend before—until he meets Dante at the swimming pool. The boys see the world through vastly different eyes, but bond over their unusual names and develop a special friendship that the book follows for years. Through tragedy, moments of joy and horrific accidents, readers watch Ari and Dante’s relationship transform as they explore their feelings for one another.

A spinoff of the book Fangirl, this fantasy book features Simon Snow, the most powerful young wizard of his age. Closely paralleling Harry Potter, with modern twists like the teens having cellphones and using Queen lyrics to power their spells, this magical book follows Simon’s unexpected crush on his archnemesis and roommate, Baz, during their eighth year at a school for magical children.

By John Green and David Levithan

Will Grayson, Will Grayson has a fun premise—it’s told by two alternating narrators, both named Will Grayson. Will Grayson no. 1 is a moody, introverted teenager who’s best friends with Tiny Cooper, an openly gay high-schooler creating a larger-than-life musical. When Will’s path crosses with Will Grayson no. 2, a lonely high-schooler exploring his sexuality, their lives become intertwined as the three boys navigate high school and explore their identities together.

This musical in novel form (or, novel in musical form) is a fun, campy companion piece to Will Grayson, Will Grayson that centers on the fabulous Tiny Cooper’s musical, first introduced in the aforementioned book. The script, complete with Tiny’s stage directions and commentary, shows just how much courage it takes to fearlessly put yourself into the world as you truly are every day.

It’s the 90’s in rural Montana, and 12-year-old Cameron Post has just kissed her best friend, Irene. She wants to again, until she discovers her own parents are killed in a car crash the same night. With the events linked together in her head, Cam carries her attraction to girls with shame and guilt, exacerbated by her Aunt Ruth sending her to conversion camp. The Miseducation of Cameron Post tells Cam’s journey of love, loss, confusion, religion and self-discovery as she navigates growing up with many contrasting viewpoints amplified around her. 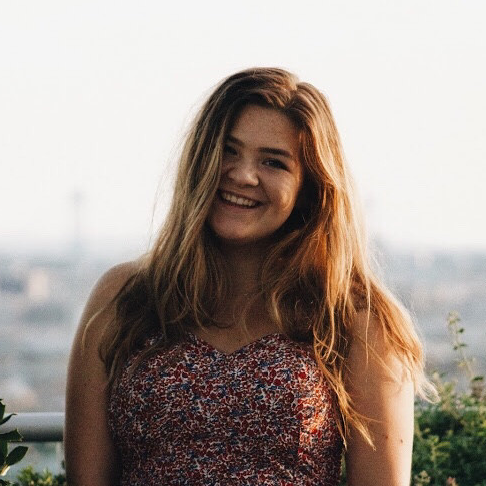 Cara Weglarz is a rising senior studying Business Management with a minor in Media Studies at The King’s College and a summer apprentice in the New Victory Communications department. Outside of her studies and apprenticeship, she is currently producing a concert version of “Bring It On: The Musical” at Feinstein’s/54 Below and enjoys creating art and theatre with the kids that she babysits.