In Jabari Dreams of Freedom, 10-year-old Jabari meets young heroes from the Civil Rights Movement—Claudette Colvin, Arnetta Streeter, Ruby Bridges—and in each of these encounters, freedom songs help teach Jabari important lessons about walking with fear and finding strength in ourselves. In this week’s Arts Break, we’ll follow Jabari’s lead and generate our own musical creations. 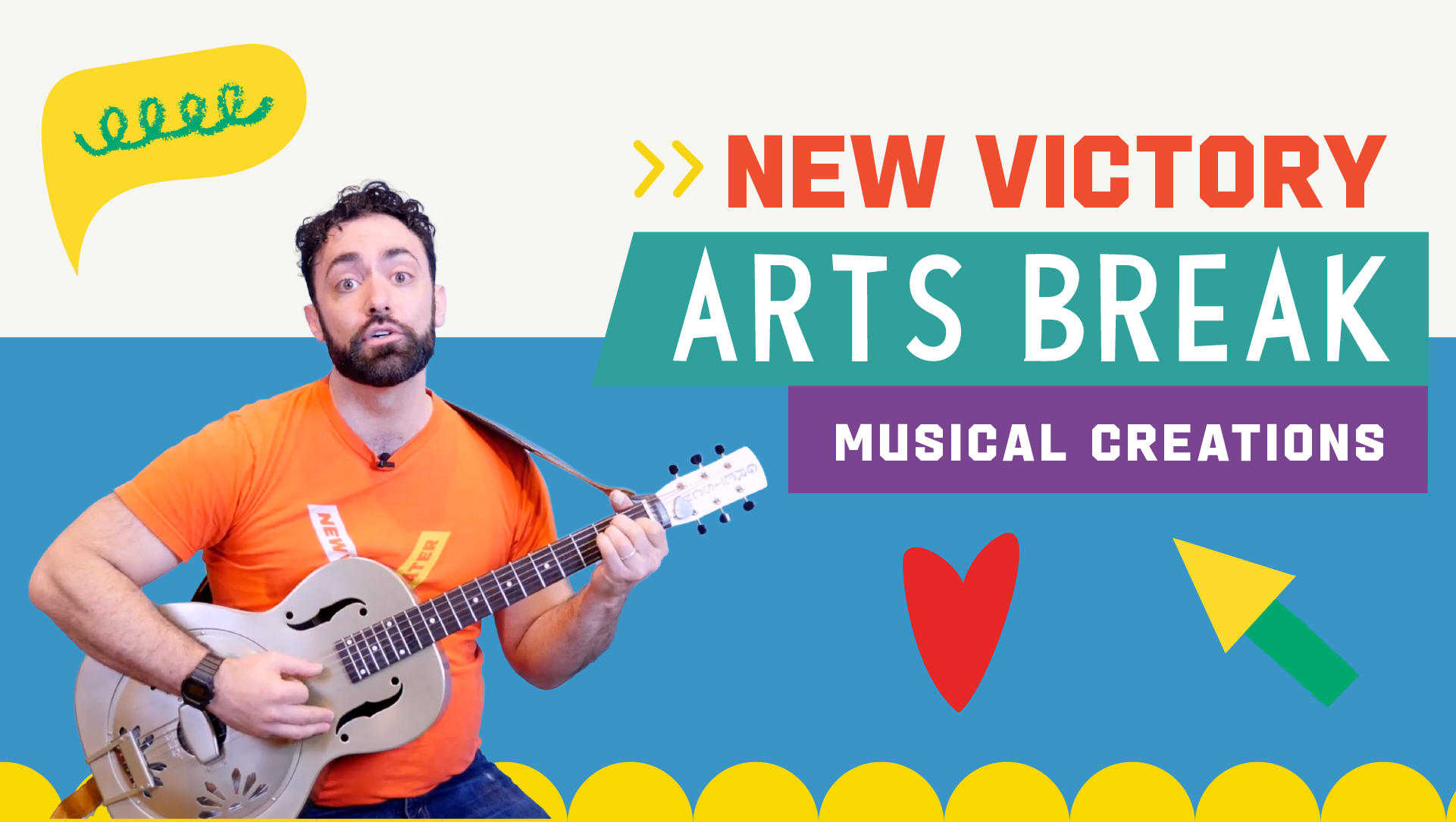 Let’s move to the beat—the percussive beat, that is! Percussion refers to music or rhythms created by knocking two things together: a hand striking a drum, a foot stomping the ground. In this activity, we’ll join Jules and Veronica, members of the New 42 Youth Corps, to explore percussion and beat-making using our bodies and the surfaces around us.

Step One: Start a beat solo! First, try clapping or stomping on the ground. Then try tapping a part of your body or a (safe!) surface near you. Of all the sounds you discover, pick your favorite one to be your main beat. Make sure you can do it consistently over and over again without getting tired or losing the rhythm.

Step Two: Ask a friend or family member to try the same sound exploration. Then, as you continue to make your sound, have them add their new sound to the rhythm of yours. Maybe as you clap, they stomp, or as you tap, they snap! See how long you can keep it up. 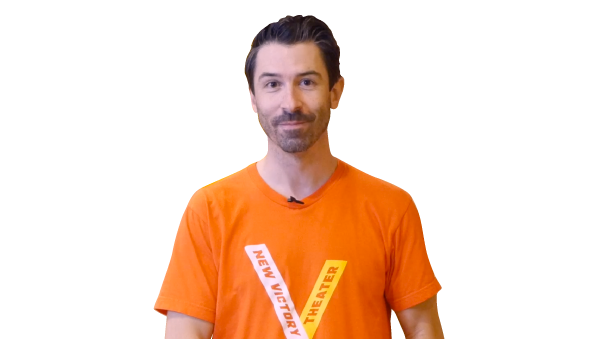 To listen to music is to listen to history. Songs can transport us to specific moments in time, and often, songs are written to unite people who are trying to change the world. A protest song, for example, is a song written to fight injustice and spark social change. In this activity, we’ll use some famous historical protest songs as inspiration for writing our own.

Step One: Listen to these three protest songs from different moments in history.

Step Two: Have another listen to the above songs. Take out a sheet of paper and write down all of the things that stand out to you while listening. Discuss the following prompts for each song with your family or friends:

Ask a grown-up to help you do a bit of research. Look up why the songs were written and what they’re about. Were you on the right track? What are some new things you learned in your research?

Step Three: Now it’s time for you to write a protest song. On a separate sheet of paper, start thinking about what kind of change you want to fight for. What is something you stand for that you want others to know about? Answer the following questions to kick off your brainstorming:

With your answers in mind, set your words to the tune of a favorite song, or fill in the blanks in the following template, which can be sung to the melody of “Twinkle, Twinkle, Little Star.”

I’m here to sing about ending (an injustice).
It means a whole lot to me.

(explain the injustice) isn’t right.
(points that sum up your stance) is why we fight.

When I sing about (an injustice),
I hope you will join in song with me.

BONUS: Continue adding verses to express more points about what you stand for and why. Then gather an audience and rally them to sing along!

“If it ain’t broke, don’t fix it!” Many musical artists honor and celebrate songs from the past by incorporating existing rhythms, lyrics or musical snippets into their own new music. This musical recycling is called sampling, and songwriters have been doing it forever. Let’s join New Victory Teaching Artist Jono Waldman and sample a favorite song as we write and record a new one.

Step One: Choose a song to sample. Think of songs that are important in your family or your culture, or that represent meaningful memories. Find a recording of your chosen song, or use a device like a phone or computer to record yourself or a family member singing it.

Step Two: Now it’s time to sample it. You’ll record one tiny piece of the song, and that tiny piece is going to become the hook of your new song. A hook is a short, catchy tune that plays over and over again in a song. To sample your hook from the song you chose, you can…

Jono’s hook was the first line from “The Four Questions,” which he sang himself:

Step Three: Start to create your new song! Listen to Jono’s beats below and choose the one you think sounds best with your hook. You can also make your own percussive beat using your body or hitting a surface.

Step Four: Now your song needs lyrics. You can speak, sing or even rap your lyrics. They can be anything you want to say that tells the story of your song. Think about the original song and how it makes you feel. Why did you choose this song? What can you say about the memories it stirs up?

Step Five: Put it all together! Get the beat going, and then add your lyrics and play back your hook in between lines or verses. Perform your new song for friends or family members.

Remember, if you want to put your song on the internet, or share it with a big group of people, you need permission from the artist you’re sampling. Using their work, their ideas, or even their own voice without their permission, isn’t just sampling— it’s stealing—so be respectful and happy music-making!

Learn more about the history of sampling in hip hop, and give it a try, in this interactive Google doodle!