Growing Up at The New Victory Theater

In December of 2016, The New Victory Theater will turn twenty-one years old. That same June, I turned nineteen years old. And ten years into The New Victory’s life, in December of 2005, our paths intersected and I saw my first New Vic show, a holiday circus from the Golden Dragon Acrobats. Nearly eleven years later, I am sitting at my desk in the middle of the New Victory Education Department, writing this blog post. A lot has changed over the past decade—I have grown sixteen inches, can differentiate between b’s and d’s, started my college tenure and, perhaps most importantly, have begun my career in the theater.

The arts have been a part of my life for as long as I can remember. Somewhere between dance classes, theater groups, piano lessons and trips to various performances around New York City, my #LoveOfTheater developed in full force. I don’t need to list the statistics on how exposure to the arts affects children; the studies have been done and the effect is a positive one. I can, however, explore my personal experiences with theater and the arts—from some of my earliest memories to rehearsals for the play I am currently directing—by interviewing my mom, a former actress, about our experiences at the New Vic, from 2005 to now. 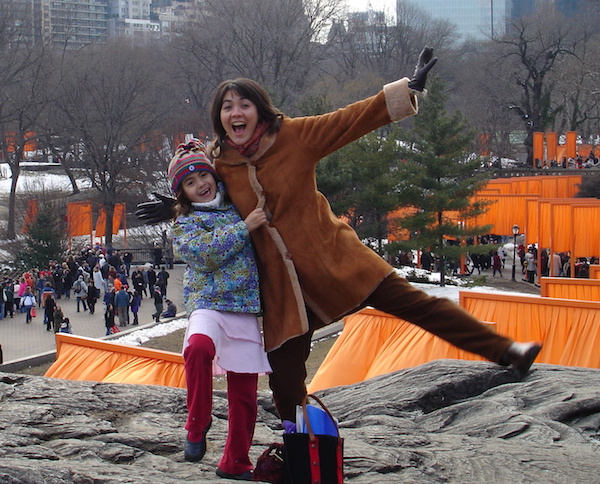 Miranda Cornell and her mom explore New York City in 2005

Miranda Cornell: Why The New Victory? What about this theater made you want to bring me (and friends) there?

Jill Cornell: The shows at The New Victory are marked by joy and wonder. The best theater has a magical quality: a sock becomes a puppet, a box can be a bed, a lavatory or a ship. I brought you to The New Victory to see great theater that happened to be created for kids, not because it was kid’s theater. Especially when you were in middle school, I just wanted you to see shows that would interest you that, I could enjoy as well.

MC: In your opinion, how did the performances that we saw at the New Vic strengthen a connection between us?

JC: I wanted to expand your world by going to the theater with you. The New Victory allowed me to do that by bringing in shows from all over the world at an affordable ticket price. There were also the workshops before the shows that were fun! Seeing shows together and being able to talk about the subject matter or the productions were the foundations for a lot of our communication. That was, and still is, very important to me as a parent.

MC: Do you think that taking me to see various shows around New York City (many at the New Vic) has shaped my view of theater or has influenced where I am today in my theatrical career?

JC: I think a lot of your taste in theater can be traced to The New Victory. As you begin to explore your Education major at school and your interest in this part of the field, I wholeheartedly believe that your passion for arts education was sparked by the acrobats, pigs and magic boxes we saw at the New Vic.

MC: Do you think that I would have discovered this passion of mine this early on if I had not been exposed to such high quality theater at such a young age?

JC: Your early arts education taught you so much more than how to move around on stage. Arts education laid the foundation for your emotional intelligence, your ability to reason and infer meaning from complicated material. It also provided a visceral, creative experience that went beyond basic learning. Children’s bodies and brains flourish with an arts curriculum, regardless if they become engineers or win Tony Awards.

MC: We still talk about some of the shows we saw here. Considering that these shows are meant for families, why do a mother and her college-aged daughter still think about those shows?

JC: Being able to still enjoy the New Vic’s programming speaks to the breadth of their artistic vision, almost as a whole community approach. Their dedication to diversity is also a major strength and draw for us as a multicultural and multiracial family. Having you do an apprenticeship there is both exciting and gratifying as you explore who you want to be as a working adult in both theater and education. I’m excited that you continue to be nurtured by The New Victory’s artistic and education programming as an adult and that you’ve found a home there this summer.

This summer has been a crazy whirlwind of running from the New Vic to rehearsal studios for FringeNYC, but I would not change a single thing even if I could. I think it is safe to say that The New Victory has laid the foundation for pretty much everything I want to do with my life, especially a career in the theater as an artist and as an educator. To be back here this summer is almost like returning back home—back to a place that holds dear memories from the past, as well as a place I hope to come back to in the future. 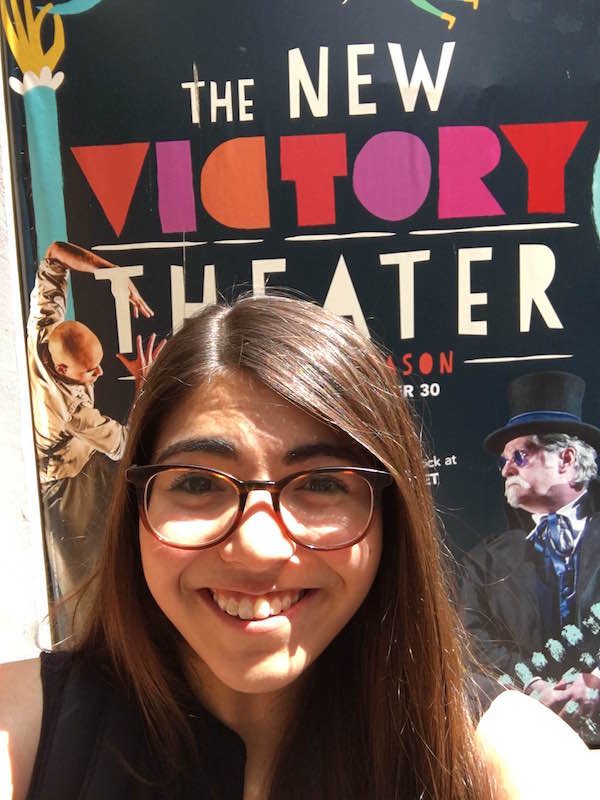 Miranda Cornell is a rising sophomore at Vassar College where she is a double major in Drama and Education and a summer apprentice in the New Victory Education Department. In addition to her studies, she serves as the Artistic Director for Semicolon Theatre Company, a company dedicated to presenting the voices of theatre artists 21 and under Off and Off-Off Broadway. She is currently directing Semicolon’s most recent production, #Blessed at the New York International Fringe Festival. In her spare time, you can find her obsessively watching cooking shows and making theater with eight year olds, though not at the same time.