Originally created by Jim Henson and based on the children’s book of the same name by Russell and Lillian Hoban, Emmet Otter’s Jug-Band Christmas was a television holiday special that aired on CBC and HBO in the late 1970s, and became a generational touchstone when it ran throughout the 1990s on ABC and Nickelodeon.

This holiday, families can return to Frogtown Hollow to see Ma, Emmett and all their friends when iTheatrics, in association with The Jim Henson Company, brings a brand new stage adaptation of the Christmas classic to the New Victory stage from December 11, 2021 – January 2, 2022. Featuring a lovable cast of performers with puppets from Jim Henson’s Creature Shop and a toe-tapping score by legendary songwriter Paul Williams, this very merry musical is also available to stream through January 2, 2022 with New Victory On Demand.

Puppetry on television is rare, and a feature-length production rarer still—can you share the story of how the original Emmet Otter’s Jug-Band Christmas got made?

Although I cannot really speak to how the television special got made, what really strikes me about the original is Jim Henson’s decision to tell this story through puppetry. The stakes of the story are high with widowed Ma Otter and hopeful Emmet Otter doing best to survive with no means. To quote Ma, everything will be okay as long as there “ain’t no hole in the washtub.” Eventually, Emmet puts a hole in that washtub, risking everything! By choosing to tell this story through puppetry, the subject matter becomes accessible to people of all ages. The story of Ma and Emmet acknowledging their loss, and still keeping their faith, is a message that will give people hope.

What made the television special groundbreaking?

This special was a step forward for innovations in puppetry. In the television feature Kermit narrates while riding a bicycle—a puppet riding a bicycle had never been seen on nationwide TV before! They also used remote control technology—that’s how Ma and Emmet were able to row a boat—as well as marionettes and tricks of the trade from the film industry. The world had never seen anything like this before!

This adaptation of Emmet Otter’s Jug-Band Christmas is an original new musical featuring a cast of people with puppets from Jim Henson’s Creature Shop. Can you share more about how the characters are represented?

Our director, Christopher Gattelli, is a huge fan of the original television special. I think he’s been dreaming of a stage adaptation of Emmet Otter since he was a kid. It was always his vision to play with the scale of the show by having the characters sometimes represented in a smaller scale as puppets, and in other times in larger scale played by humans. He sets this up beautifully at the top of the show. As Doc Bullfrog (puppet) narrates, Ma and Emmet are revealed rowing their boat as puppets. As Doc’s narration ends, puppet Ma and Emmet are magically replaced by our human Ma and Emmet in a human sized rowboat. Every time I see this transformation, I cannot help but smile. Chris has these magical moments sprinkled beautifully throughout the show.

What considerations were made in the casting of this show?

The story of Ma and Emmet Otter is universal, and because there are no humans in our story at all, we were absolutely free to think outside the box. Our casting agents, Calleri Jensen Davis, invited so many wonderful people who identify in so many diverse ways. I believe it’s important for kids to see someone they identify with on stage. I believe they will see just that when they meet the wonderful characters of Frogtown Hollow.

What does it mean to you to bring this show to New York? To New Victory?

This production will be amongst the first that many people will be attending since before the shutdown in 2020. There is so much joy and excitement in our show, and we are so excited to finally get to share this with returning and new New York audience members. It is particularly special to premiere this show at the New Victory, which has always been a leader of children’s theater. Jim Henson has had an enormous impact on my childhood and so many others. It is an honor to be a part of continuing his legacy by premiering the stage adaptation at the New Victory.

What advice do you have for young audience members who want to be a producer like you one day?

There is no straight path to having a successful career as a producer. My advice for aspiring producers would be to learn and study as much as you can. From reaching out to producers you admire to reading as many books and plays as you can, do not be afraid to ever stop learning. Two of my recent favorite books are I Wanna Be a Producer by John Breglio and On Broadway: From Rent to Revolution by Drew Hodges. Understanding the history of what has come before will guide the upcoming visionaries to create the future they want to see. 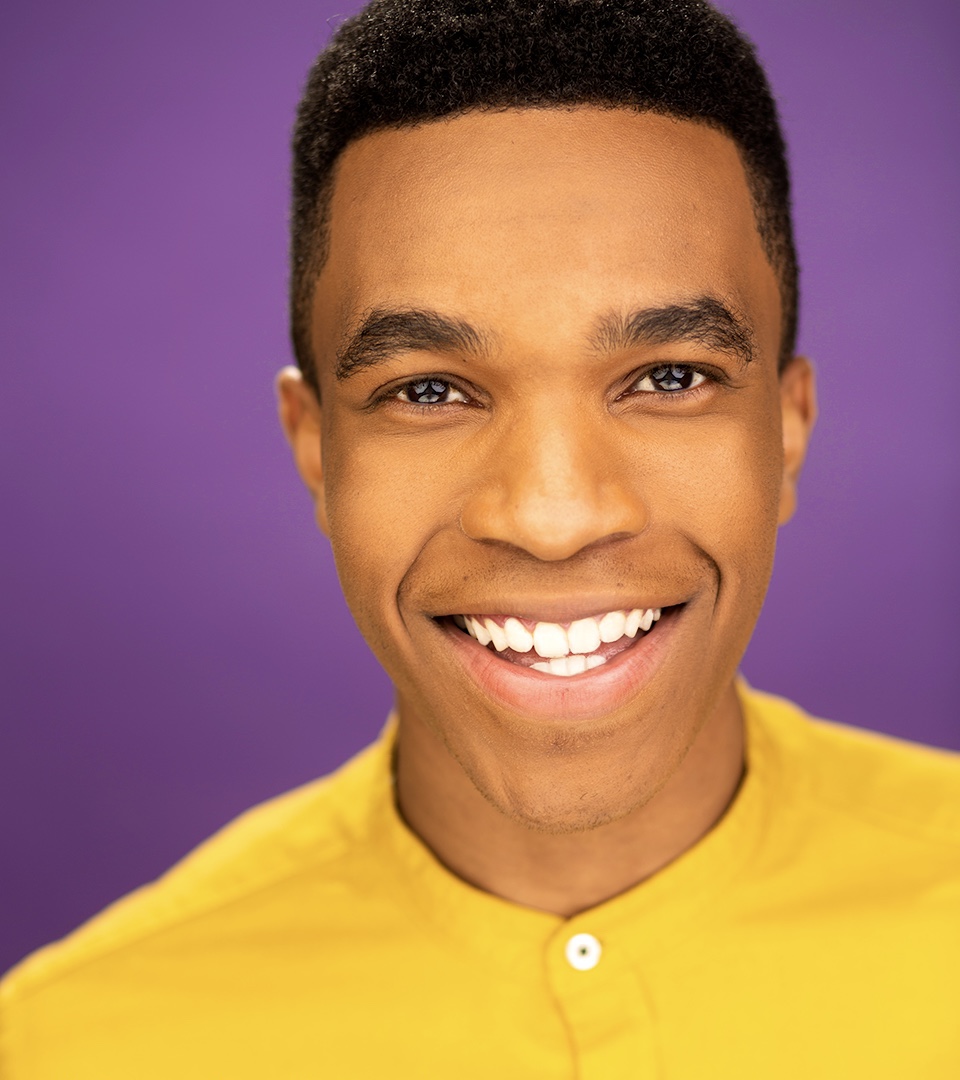 Alex Robertson is a multi-hyphenate artist who serves as the Producing Associate at iTheatrics and Junior Theater Festivals Worldwide. He is a proud BFA graduate of The Hartt School, University of Hartford. Off-Broadway: Fairycakes, Emmet Otter’s Jug Band Christmas. www.A-Robertson.com Instagram: @AlexanderERobertson