When you think of drama, what’s the first thing that comes to mind? A spotlight aimed at the stage? Sweeping orchestral music? Elaborate costumes? In this New Victory Arts Break, inspired by The Acting Company’s adaptation of Romeo and Juliet, we’ll be exploring dramatic elements present both on stage and all around us! 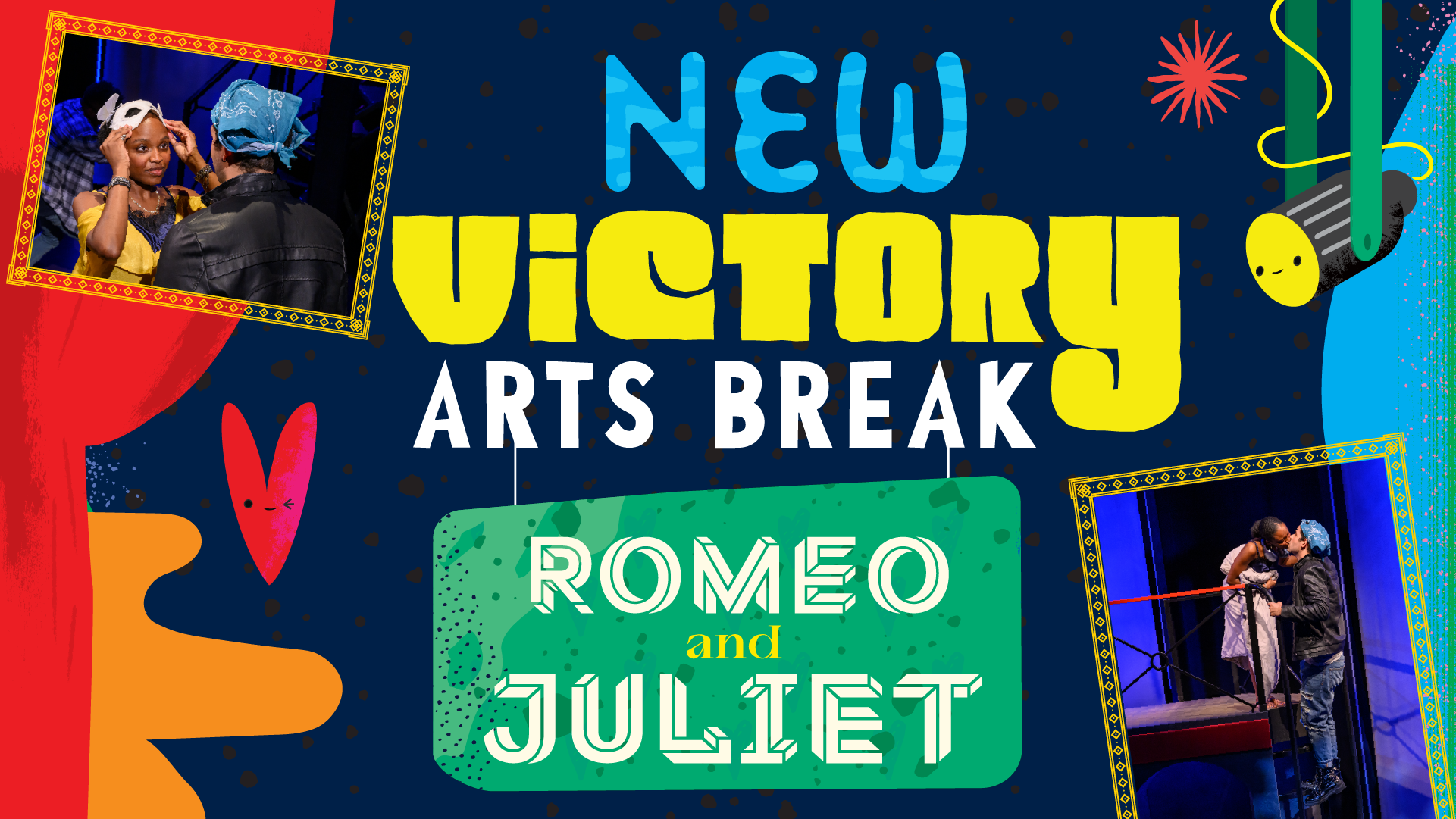 When it comes to famous scenes in theater, Shakespeare tops the list. It’s hard to see a romantic balcony scene without thinking of Romeo and Juliet! But what makes those scenes stick in our memories? Let’s think of scenes from our everyday lives, explore what makes them unique, and then dramatize them!

Step One: Think of two settings in your life where you spend a lot of time, or that you really enjoy visiting. They could be your local park, Yankee Stadium, Times Square, your school or even the New Victory Theater! For our examples below, we’ll use a subway car and a coffee shop.

Step Two: For each location, make a list of keywords that contribute to the mood of that place. Think about what it’s like to experience each place with all of your senses.

Step Three: Now imagine that each scene were being created for the stage. Every element would need to be recreated by a designer! So, let’s divide our lists into dramatic categories: set design, lighting design and sound design.

Step Four: Now let’s bring one of these scenes to life! Pick a room in your home, adjust the lighting, play some sounds and add a few props to recreate the location in your very own space. Here’s how Melissa and Jules from the New 42 Youth Corps brought the subway to life:

After you’ve identified dramatic elements in one everyday location, think about what other places have specific lighting and sound elements that contribute to your experience. How can you recreate those places? Follow along with theater-maker and New Victory Teaching Artist Drew Petersen as he teaches us more ways of using light and sound to establish the mood of place.

For more practice, check out an entire Arts Break dedicated to Lighting and Sound Design.

Now that we’ve practiced recognizing dramatic elements in the world around us, let’s head over to the New Victory Theater to see the drama brought to life on stage! Romeo and Juliet is full of drama! It’s an excellent example of a Shakespearean tragedy—a story whose ending is usually upsetting.

The play’s prologue tells the audience what will happen in the end, though, so since Shakespeare didn’t have a problem with spoilers, please enjoy this retelling of Romeo and Juliet in five minutes (or so…), written by New Victory Teaching Artist David DelGrosso and inspired by the original text.

What did you think? While you’re sitting in the theater, talk with your family or friends about what moments in the video you found surprising and what moments you’re excited to see again. Here are three questions for you to focus on:

Sound familiar? That’s a line from Romeo and Juliet, Act 2, Scene 1—the famous balcony scene. It’s not uncommon for Shakespeare to write extensive declarations of love in his works, and he’s not alone. Let’s have some fun with a few famous love letters penned by other writers and artists. You’ll notice there’s something missing from these letters, and that’s where you come in!

Step One: Take a look at the excerpts below and select one of them. Take a moment to read it over and note where there are missing words.

Frida Kahlo to Diego Rivera, 1928
I ask you for noun, in the nonsense, and you, you give me grace, your noun and your noun. I’d like to verb you, but there are no colors, because there are so many, in my confusion, the tangible form of my adjective love.
Oscar Wilde to Lord Alfred Douglas, 1891
Your noun is quite adjective, and it is a marvel that those color–something that’s that color lips of yours should be made no less for the noun of music and song than for the noun of verb ending in -ing. Your soul walks between passion and poetry.
Richard Burton to Elizabeth Taylor, 1964
My plural noun are desperately waiting for the sight of you. You don’t realize, of course, how adjective you have always been, and how adverb you have acquired an added and special and dangerous noun ending in -ness.
Johnny Cash to June Carter, 1994
Sometimes we verb each other a little bit. Maybe sometimes take each other for granted. But once in a while, like today, I meditate on it and realize how adjective I am to share my life with the greatest noun I ever met. You still verb and inspire me. You influence me for the better. You’re the fruit of my body part, the #1 Earthly reason for my existence. I love you very much.

Step Two: Working together or solo, fill in the blanks to complete your scene. Pay close attention to what part of speech is required!

Step Three: Perform! Now that you have everything filled in, it’s time to stand up and act it out. Take turns reading to someone else. If you’re alone, practice some self-love and recite your letter in front of the mirror!

Challenge: Take a look at these Shakespearean texts below. The same rules apply!

As You Like It, Act 2, Scene 7
All the world’s a noun,
And all the people merely plural;
They have their noun and their noun,
And one person in their time plays many plural noun.
Macbeth, Act 2, Scene 1
Is this a noun which I see before me,
The noun toward my hand?
Hamlet, Act 3, Scene 1
Get thee to a place!
Twelfth Night, Act 1, Scene 1
If music be the food of emotion, play on!

Check out how Jules and Melissa remixed two of these Shakespearean excerpts!

You’ve done an excellent job collaborating with writers of the past, and creating new and fun proclamations of love. But don’t stop writing just because all the blanks are full! Start from scratch and pen a love letter all your own.

You’ve taken a few pages out of Shakespeare’s folio today, from dramatizing the sights and sounds of real-life places to remixing declarations of love on par with Romeo and Juliet’s. Now, let’s take it a bit further. Check out these additional resources to broaden your Shakespearean knowledge! 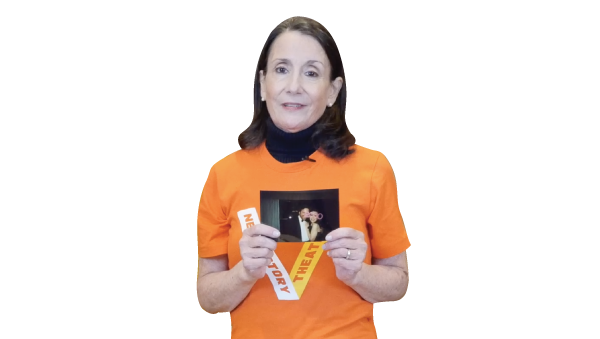 Take inspiration from Shakespearean soliloquies and craft a dramatic monologue of your own with actress and New Victory Teaching Artist Heidi Stallings.