What makes an adaptation exciting? Skillful adaptations maintain important elements of the original story while adding new creative interpretations or inventions. That could mean reimagining who is playing what role, changing up the set design or costumes, or even choosing to reconsider the characters and what motivates them! In this Arts Break, inspired by The Acting Company’s adaptation of Alexandre Dumas’s The Three Musketeers, we’ll reimagine familiar stories and characters together. Let’s go! 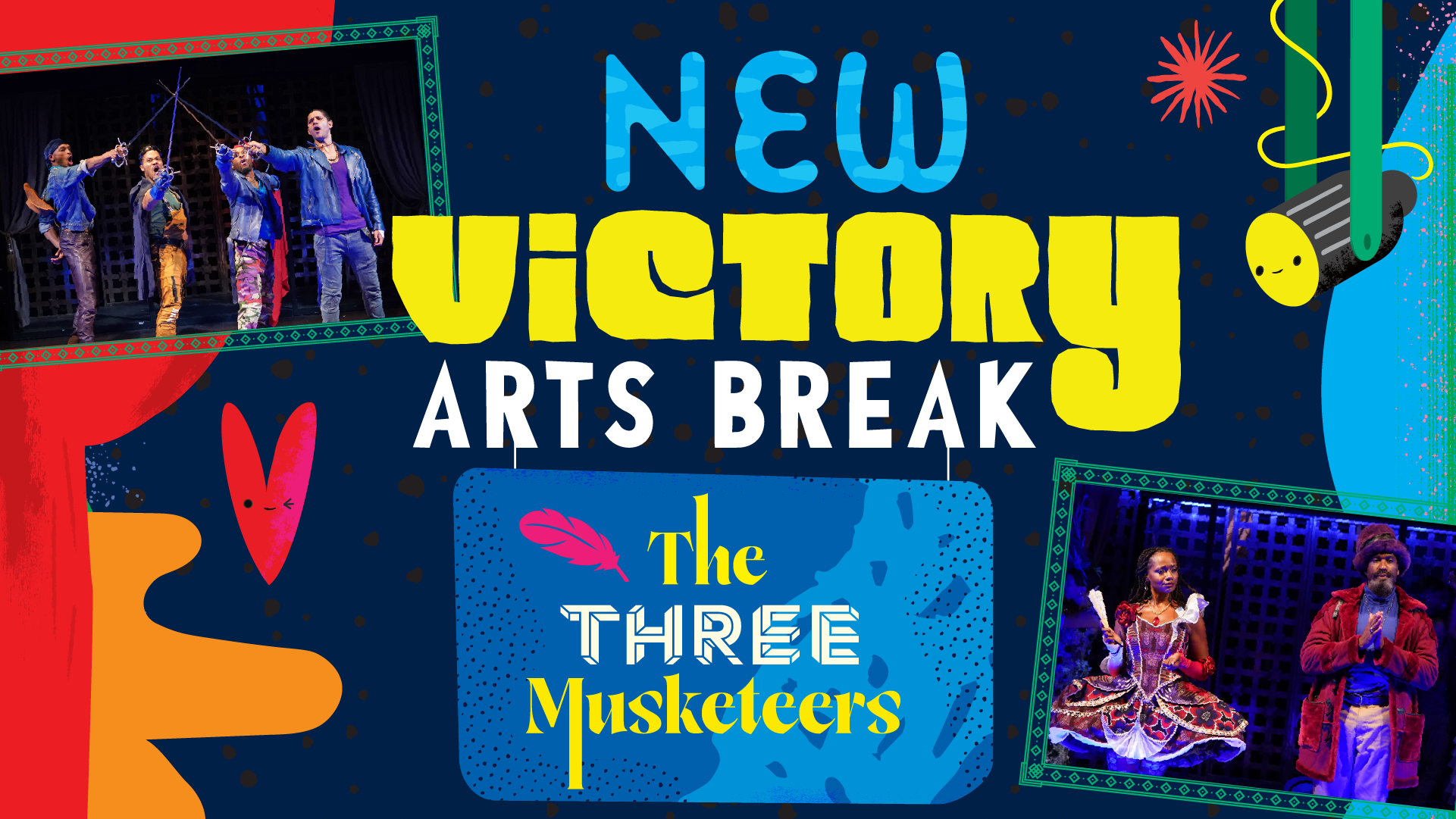 The better you know a character, the better you can adapt their personality and reimagine their story. We’ll start by creating a bank of inspiration—a list of favorite and familiar stories—and then go from there.

Step One: Take out a piece of paper and make a list of your favorite stories from childhood—books, movies, plays, TV shows, comics. Here’s a list of possibilities:

In our examples below, we’ll be focusing on The Three Little Pigs.

Step Two: Once you have your story, choose your favorite character from it. Think:

Using the template below, or on a blank sheet of paper, draw your character and describe them in a few words. Then, use your imagination to adapt your character in ways that differ from the original. List their new traits or motivations and draw them embodying their new persona. 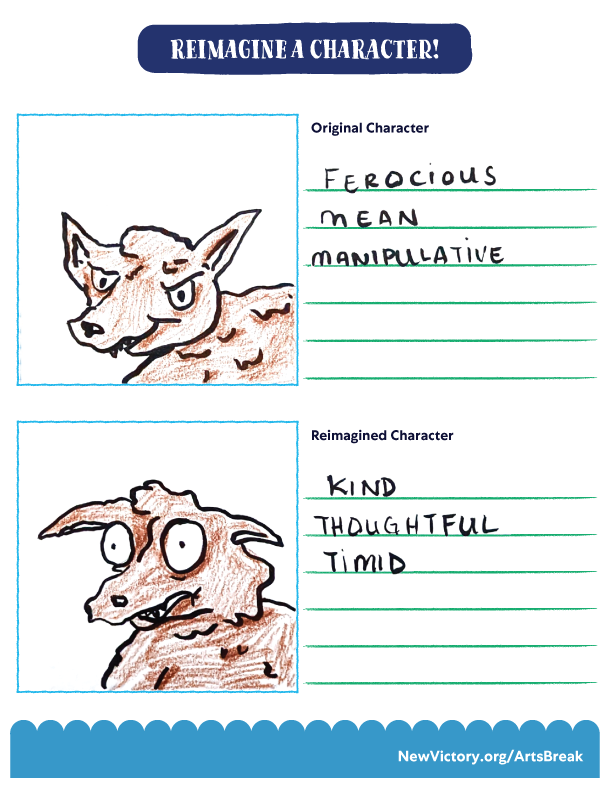 Our reimagined Big Bad Wolf isn’t the villain he once was!

Step Three: Bring your newly adapted character to life! First, think about how to physicalize the original character. How do they speak, stand and walk? Do they have any famous quotes? Then shed the original and embody your adapted version! Here are Melissa and Jules from the New 42 Youth Corps each taking a turn as the Big Bad Wolf:

Challenge: How can you adapt other characters from your story? If our wolf isn’t such a bad guy, could the three little pigs be a trio of bullies? Try it out!

Now that you’ve created your own character adaptation (and given yourself a round of applause), it’s time to embark on your journey to the New Victory Theater for The Acting Company’s adaptation of The Three Musketeers!

Some of the key themes in The Three Musketeers are brotherhood, sisterhood and community. As you make your way to the theater, take some time to create your own community crew inspired by the Musketeers!

Step One: Name your crew. The name could draw inspiration from your surroundings… maybe The Subway Squad?

Step Two: Now everyone in your crew needs a distinctive name for their role. Identify something that each person is really good at—that skill can be the inspiration for their name! Is one person really good with directions? They could be “The Navigator.” Or maybe the person who always packs a snack goes by “The Fridge.”

Step Three: Once you have your crew named, and everyone’s strengths and role established, come up with your crew handshake! This can be as simple as a typical handshake, or as elaborate as a step routine.

Challenge: When you get to the theater, show off your newly devised handshake to a New Victory Teaching Artist or an usher stationed in the lower lobby!

Now that you’ve seen The Three Musketeers, take some time to reflect on your experience with the questions below.

So far, you’ve reimagined fictional characters and created your own crew. Now let’s dive even deeper into physicalizing a character with this lesson from New Victory Teaching Artist Melle Phillips! After you watch the video, try it out for yourself with either your reimagined character or a real-life hero like Melle’s!

For more specific instructions and more activities in a similar vein, check out our Getting into Character Arts Break.

Don’t stop at just one adaptation! Check out more renditions of Dumas’s The Three Musketeers—there are so many. Here’s a short list to enjoy. Have you seen any of them before?

You’ve done an amazing job flexing your imagination and exploring the many angles of adaptation today. Practice, practice, practice, and who knows? We might see your reimagined work on the New Victory stage one day. Keep making brave choices!