Before seeing Isango Ensemble’s Aesop’s Fables, get to know the show with a brief synopsis and a list of the original fables that inspired the show! 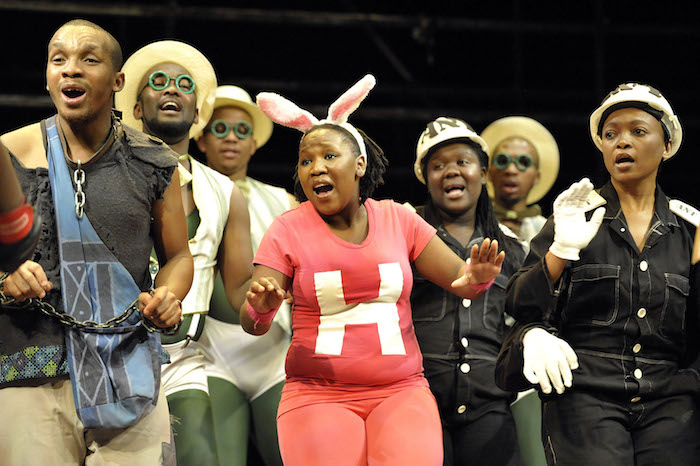 Aesop’s Fables begins with Aesop as a slave. The Oracle appears to his master, Escallywags, and commands that Aesop must be freed. Escallywags agrees to free Aesop, but as soon as the Oracle disappears he locks Aesop in a dungeon and declares that he will never set Aesop free. From his dungeon, Aesop begs the gods for help and Hermes appears. Hermes says that Aesop must ask Zeus on Mount Olympus for his freedom, and, if he listens to the animals and learns their lessons, his chains will drop, one-by-one, on his journey to the mountain.

Heeding Hermes’ advice, Aesop listens to a group of ants and learns, “Where there’s a will, there’s a way.” The lock chaining him in the dungeon drops and he begins his journey. However, Escallywags discovers that he has escaped and follows close behind.

The animals that Aesop listens to and the lessons that he learns are all taken from the original Aesop’s Fables. Some of them are directly adapted, and some only serve as inspiration. You might be familiar with them. If not, click on each source of inspiration to learn more.

“The Hare & the Tortoise”

“The Frogs Who Wished for a King”

“The Ass in the Lion’s Skin”