What do Greek gods, a chorus of ants and marimbas have in common? They’re all elements of Isango Ensemble’s Aesop’s Fables. When Aesop escapes his master and goes on a great journey, he learns all kinds of valuable lessons from animals, through stories told with song and dance. In this Family Activity, write a song, learn about some instruments and write and perform your own fable play!

A Note to Grown-Ups

Aesop’s Fables contains themes and images of slavery, paying homage to the South African stories of apartheid, resistance and emancipation, while also honoring common depictions of the Greek figure. Hear from Artistic Director and Co-Founder of Isango Ensemble, Mark Dornford-May, to get a view into their creative perspective in our Note for Grown-Ups.

The historical figure of Aesop was indeed a slave and through bringing out this angle we aim to give the original fables a new sense of urgency and vitality. Our narrative reaches across cultures and centuries to highlight themes of slavery and freedom, honesty and deceit, exclusion and inclusion, selfishness and Ubuntu (humanity) and most importantly determination and forgiveness—all themes that are intrinsically South African. 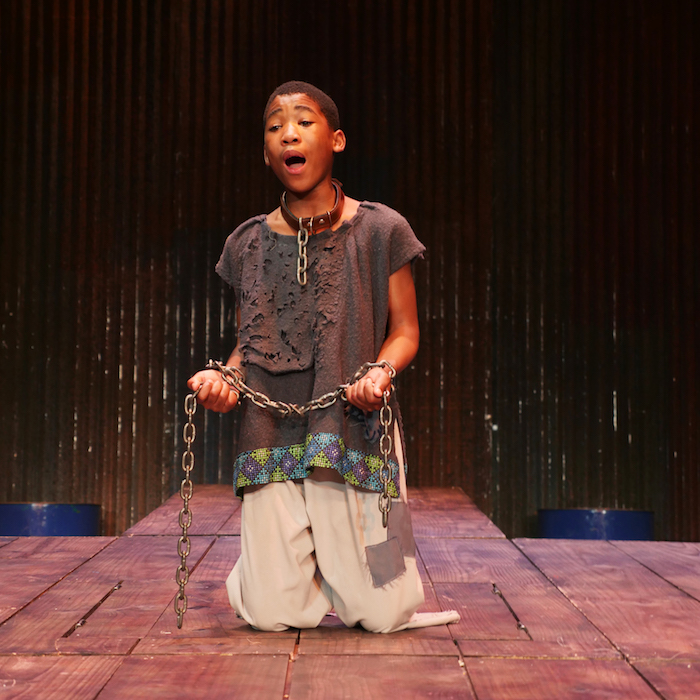 Isango Ensemble is a company from Cape Town, South Africa, that specializes in opera. Aesop’s Fables is written in verse, meaning that all of their lines are spoken or sung in rhyming couplets. In this activity, practice writing in couplets and learn about one of the fables in the show. First, listen to the type of dialogue and song that will be in the show.

Step One: One of the fables you will see on stage is the “Tortoise and the Hare.” You might know this story! If you don’t know it or if you need a refresher, read about it here.

Step Two: Races aren’t complete without a cheer to inspire the competitors. Can you write an original cheer to encourage either the tortoise or the hare? Try to make it rhyme!

Here are some examples:

Come on tortoise! Run indeed!You might need to pick up speed!

The tortoise crawls as slow as slime, But maybe still will win with time!

BONUS: Could you write more than one couplet or even a whole song in verse?

Isango Ensemble plays marimbas, djembes and a collection of other instruments to bring Aesop’s Fables to life with exuberant musicality. In this activity, listen to the various musical genres and instruments that inspired the company of the show!

Now that you’ve seen the show, here are some questions to discuss with your family:

Aesop’s Fables weaves together many fables into one story, all revolving around the story of Aesop seeking freedom. A fable is a story that teaches a moral, or a lesson. There are many fables credited to Aesop (you can read some of them here). In this activity, create your own moral and perform your own fable! 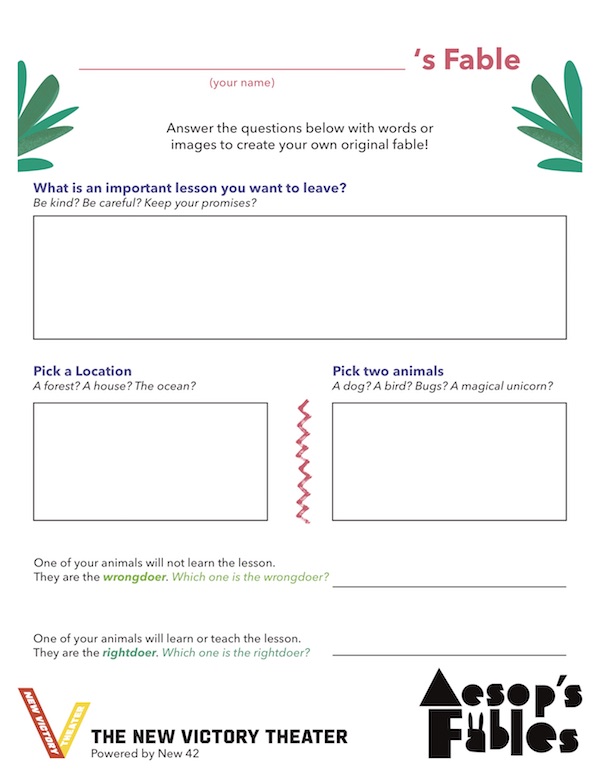 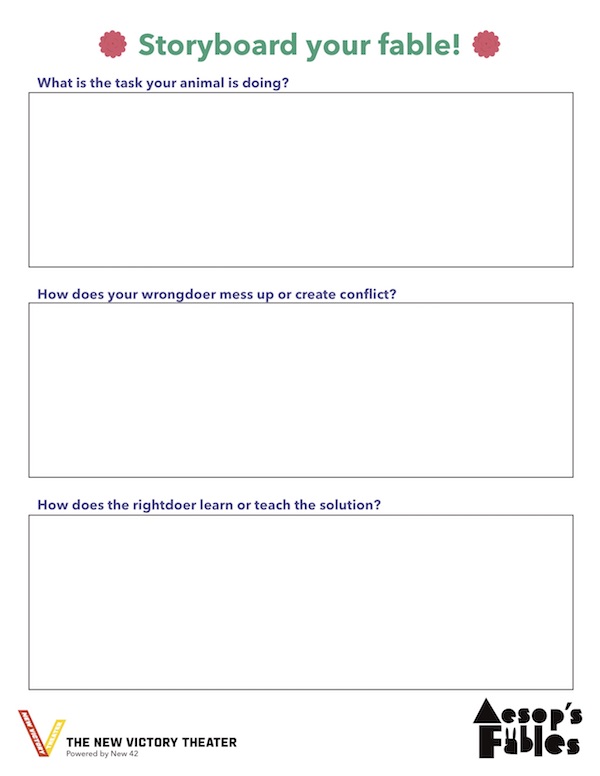 Step One: Print out this fable worksheet. Think about a moral or a lesson that you’d like to teach, or one that is important to you. Brainstorm one with your family. Think:

Step Two: From your conversation, write out your moral sentence on the fable worksheet. Here are some examples from Aesop’s Fables:

“Slow and steady wins the race!”

“Flattery is not proof of true admiration.”

“Liars are not believed, even when they speak the truth.”

Step Three: Now it’s time to create a story that teaches your moral! Here are some basic elements of fables:

Follow along with the fable worksheet to write an original story! Think:

Step Four: You’ve created your own fable! As a BONUS, can you act out the story with your family? Put on a performance of your original piece!