The Ghosts of Broadway

By Tim Dolan of Broadway Up Close Walking Tours

The beautiful theaters in our Broadway Theater District hold many secrets and stories within their walls. At my company, Broadway Up Close Walking Tours, we have spent years digging up Broadway’s past, theater by theater, to bring our guests even closer to the magic of Broadway. With Halloween upon us, it feels appropriate to look into the backstage nooks and crannies to see who may still be lurking in the dark…

The New Victory has had many different names since it opened in 1900. Originally known as The Theatre Republic when it was built by Oscar Hammerstein I, it was renamed for another Broadway producer shortly afterward—David Belasco. A little known fact is that there is a ghost still in residence at the New Vic, Mrs. Leslie Carter. She was once Belasco’s leading lady and an American stage and silent film actress. She was born Caroline Dudley but used the stage name Mrs. Leslie Carter throughout her career to spite her husband after a sensational and salacious divorce trial. She quickly rose to fame through her relationship with Belasco and starred in many of his shows. The staff here at the theater have seen and heard signs that she still hangs around the theater, even though she died in 1937. The person who’s experienced her presence the most is Colleen Davis, the New Victory Production Manager. Colleen tells a story about how the bow tie of a performer here a couple of years ago went missing. Moments before showtime, Colleen was walking into the dressing room with two of the crew members when all of the sudden, they saw a storage bin fly off of a shelf—flip 180 degrees in midair and land on its lid. When they carefully picked the bin back up, they saw that the missing bow tie was laying right there on the floor. They thanked Mrs. Leslie Carter for helping them find the missing prop and started the show.

Belasco was an eccentric man and one of the founding fathers of our Broadway theater district, but he had one strange quirk: he was always dressed like a Catholic priest, even though he was Jewish! After moving out of The Theatre Republic, Belasco christened a theater on 44th Street The Belasco, in 1910. Shortly after Belasco’s death in 1931, it appeared he wasn’t finished with his theater. Just before the audience entered for the next opening night following his death, a strange sight was seen in the balcony—a priest! A man in priestly garb was seen standing at the balcony railing before he took his seat and disappeared. This priestly sighting happened for many opening nights afterward and was deemed a good omen for each production.

Belasco isn’t the only spirit to haunt this theater on 44th Street. Many eyewitnesses have recounted seeing a lady in a large, blue dress walking back and forth in the balcony. The woman seems to be one of Belasco’s ex-girlfriends who died in the building in 1925 when she stepped into the elevator to leave his office atop the theater. The elevator had malfunctioned and she fell to her death. During the run of Enchanted April in 2003, disruptive noise from the elevator shaft was heard onstage. Stagehands tried to take the elevator out of the shaft to stop the noise—only to find that the elevator had already been disconnected. Since then, paying loving homage to “the lady in blue,” costume designers for productions at The Belasco put one woman in a beautiful blue dress if they can.

Just across 42nd Street, opposite the New Victory Theater, sits one of the most lavish and oldest Broadway theaters: The New Amsterdam. This theater is perhaps best known for The Ziegfeld Follies. The Follies can best be described as a mash-up of today’s Saturday Night Live!, Radio City Christmas Spectacular and a Las Vegas extravaganza.

When The New Amsterdam curtain came down on the final edition of The Ziegfeld Follies in 1931, it seemed that the sequins, dance steps and songs would fade into the rafters of the beautiful interior for good. However, one woman apparently wasn’t content to leave her Broadway home just yet. In 1952, the night watchman of the theater was tinkering around onstage in the glow of the ghost light. On that particular night, the watchman heard the clicking of heels behind him. He turned to find a beautiful woman wearing a floor-length green beaded gown with a sash emblazoned with the word “OLIVE” across her chest and a blue glass bottle clutched in her hand. After a few brief words and some casual flirting, the woman turned around and disappeared before his eyes. After some research into the sash and costume, it appeared that the woman was none other than Follies dancer Olive Thomas!

Olive Thomas was in the Follies from 1915 to 1920. She became the “face of the Follies” and was swept up into the world of press and modeling for posters and advertisements. Mr. Ziegfeld took a special interest in Miss Thomas. A few years later, Olive married actor Jack Pickford and entered what many described as a tumultuous relationship. During a trip to Paris in 1920, tragedy struck. Pickford discovered Olive on the floor of their hotel bathroom. It appeared that Olive had ingested poison—found in a blue glass bottle lying next to her. Olive’s tragic end would become one of Broadway’s first scandals.

According to various accounts, there has been one sighting of Olive every decade since her first sighting in 1952. It is commonly known that actors are a superstitious lot, so, to keep Olive happy, a photo of her is displayed just inside the New Amsterdam stage door where performers and stagehands enter the building each night. Words of greeting to Olive are expressed by those who believe her spirit still lives on. The last sighting of Olive was during the run of Mary Poppins in 2006—so we are due for another glimpse anytime now. Watch out! 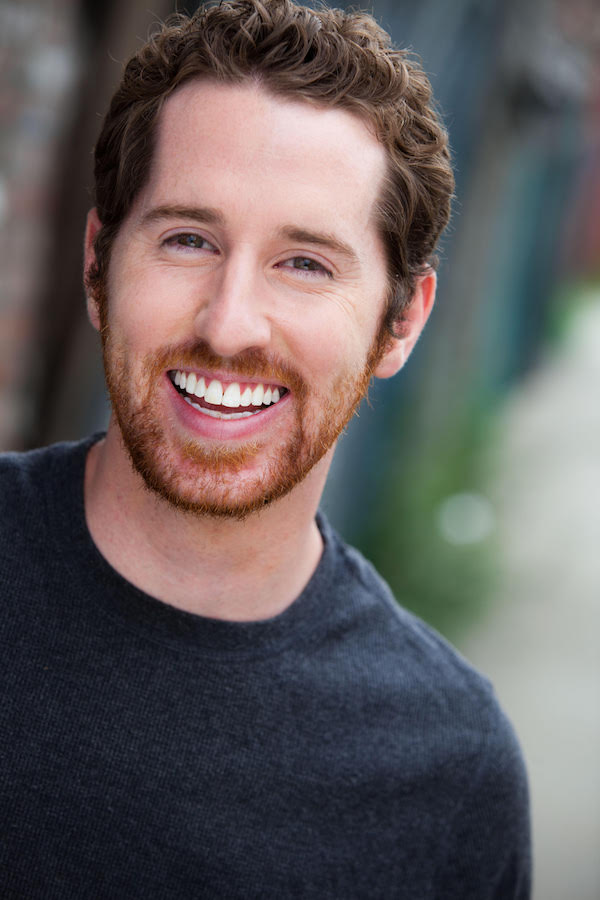 Tim moved to the Big Apple shortly after graduating high school to pursue a career in the arts. On the small screen, Tim was featured on Season Two of HBO’s “Boardwalk Empire.” Onstage Tim was the Dance Captain in the Off-Broadway revival of Once Upon A Mattress starring Jackie Hoffman and John “Lypsinka” Epperson. He also performed as Abraham in the long-running hit musical Altar Boyz. His other acting credits include the National Tours of Altar Boyz and Gentlemen Prefer Blondes as well as numerous regional credits. He is a proud member of Actors’ Equity Association. As an arts educator, Tim was on faculty at Rosie’s Theatre Kids, Rosie O’Donnell’s arts organization, as well as Dream Makers Performing Arts. Tim combined his passion for storytelling and Broadway history to create a series of walking tours of the Broadway theatre district in 2010. Broadway Up Close Walking Tours offers six different tours – including a brand new interior tour of Hudson Theatre, Broadway’s oldest theater. This past spring the new Broadway Up Close gift shop opened in Times Square complete with a six-foot-tall installation that spells out the word “Broadway” in marquee letters for the perfect photo opportunity for any theatre lover visiting Times Square.