Drumfolk is a Step Afrika! production that explores percussion and its function in African communities as a method of communication, celebration and resistance. In this Family Activity, you will learn a bit about the history of stepping as well as the Step Afrika! dance company. You will also learn about percussion and the different ways your body can be an instrument.

A Note to Grown Ups

Drumfolk is inspired by the Stono Rebellion, an uprising by enslaved African Americans. It began on September 9, 1739, near the Stono River in Charleston in the colony of South Carolina. This rebellion, the largest in the British mainland colonies, ended with 25 whites killed and approximately 35 to 50 Africans killed, captured or executed. One effect of this uprising was the passing of the Negro Act of 1740, making it illegal for Africans to assemble, get an education, speak in their native language, earn money or learn to write in English. In conveying the context of these historical events, this production features a few intense moments.

Read more about the Negro Act of 1740 here and for further information about the Stono Rebellion, watch an excerpt from the series “The African Americans: Many Rivers to Cross.”

Did you know that Step Afrika! is the world’s first professional company dedicated to the tradition of stepping? Stepping is an art form of percussive dance in which the entire body is used as an instrument to produce rhythms and sounds through a mixture of footsteps, spoken word and handclaps. In this activity, play a game with your friends and family that will help you explore percussion.

Step One: With your family, pick a few simple noise-making movements. For example, “Clap” or “Stomp.” Feel free to mix it up to make one movement. For example, “Stomp, stomp and clap.” Write each move on a piece of paper. Create as many steps or movement combinations as there are members of your family.

Step Two: Mix all of the papers up. Have each family member select one slip of paper, but be sure no one looks at what theirs says!

Step Three: Tape your card to your back.

Step Four: Take turns trying to non-verbally describe what is written on each player’s back. This can be done by performing the moves listed. Once the guesser figures it out, it is the next person’s turn.

For example, if someone’s card says “stomp, stomp, clap,” perform your version of “stomp, stomp, clap” until the guesser figures out what move is written on their backs. This game is very similar to the “Act It Out” version of the popular game Heads Up, but instead of putting the card on your head, you will put it on your back.

Play several rounds of this with different kinds of combinations. See how tricky you can make it! 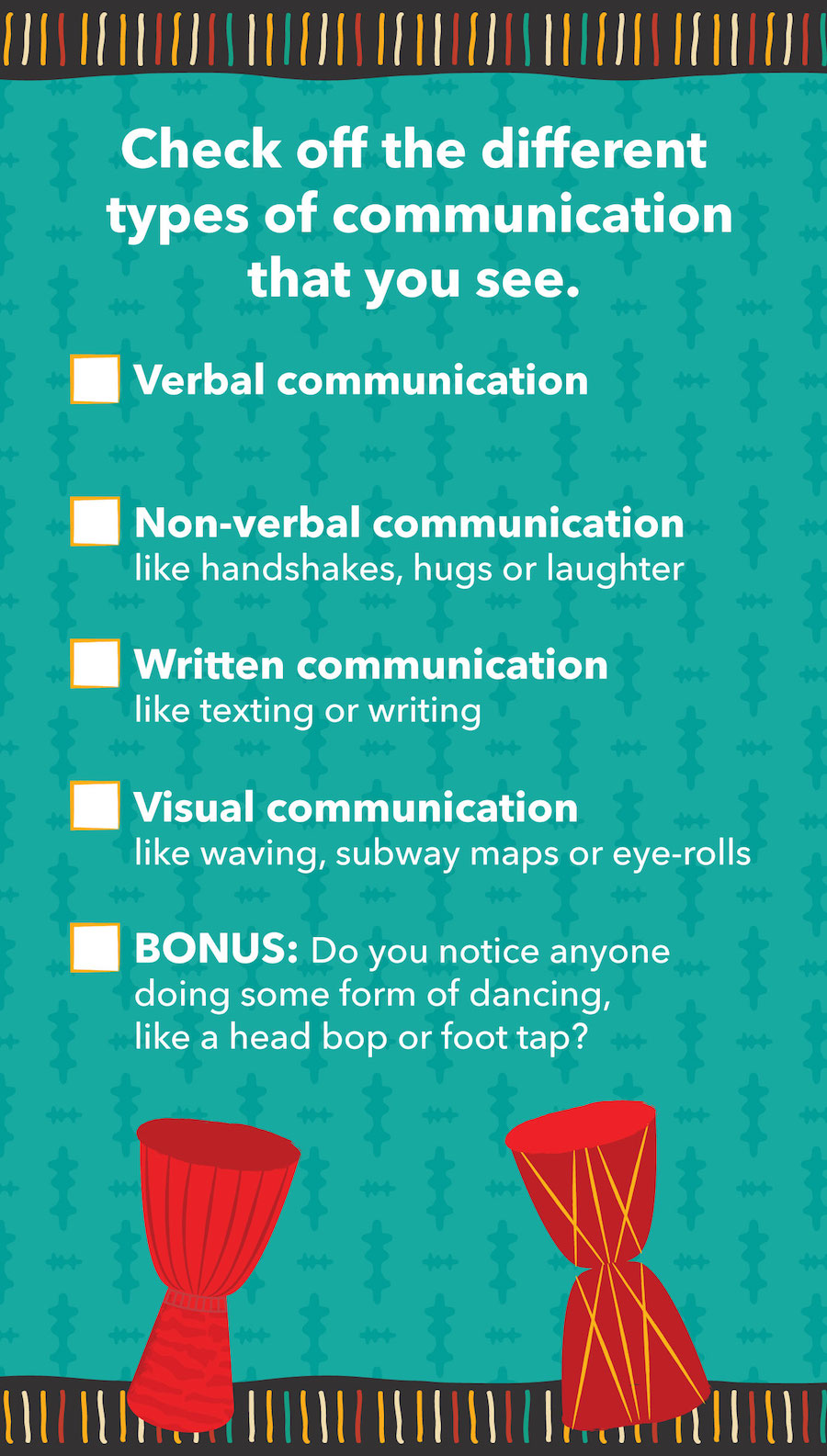 Check out this video, and follow along to learn some basic steps with New 42 Youth Corps Alumni, Hyisheem and Shemar.

Now that you have followed along with the video, think about the game that was played in the “At Home” activity. Are there new, audible moves that you can create that are inspired by the show or video that you watched? Write them down!

BONUS: Take some of the moves you just wrote down and try to put them all together to create a combo move.