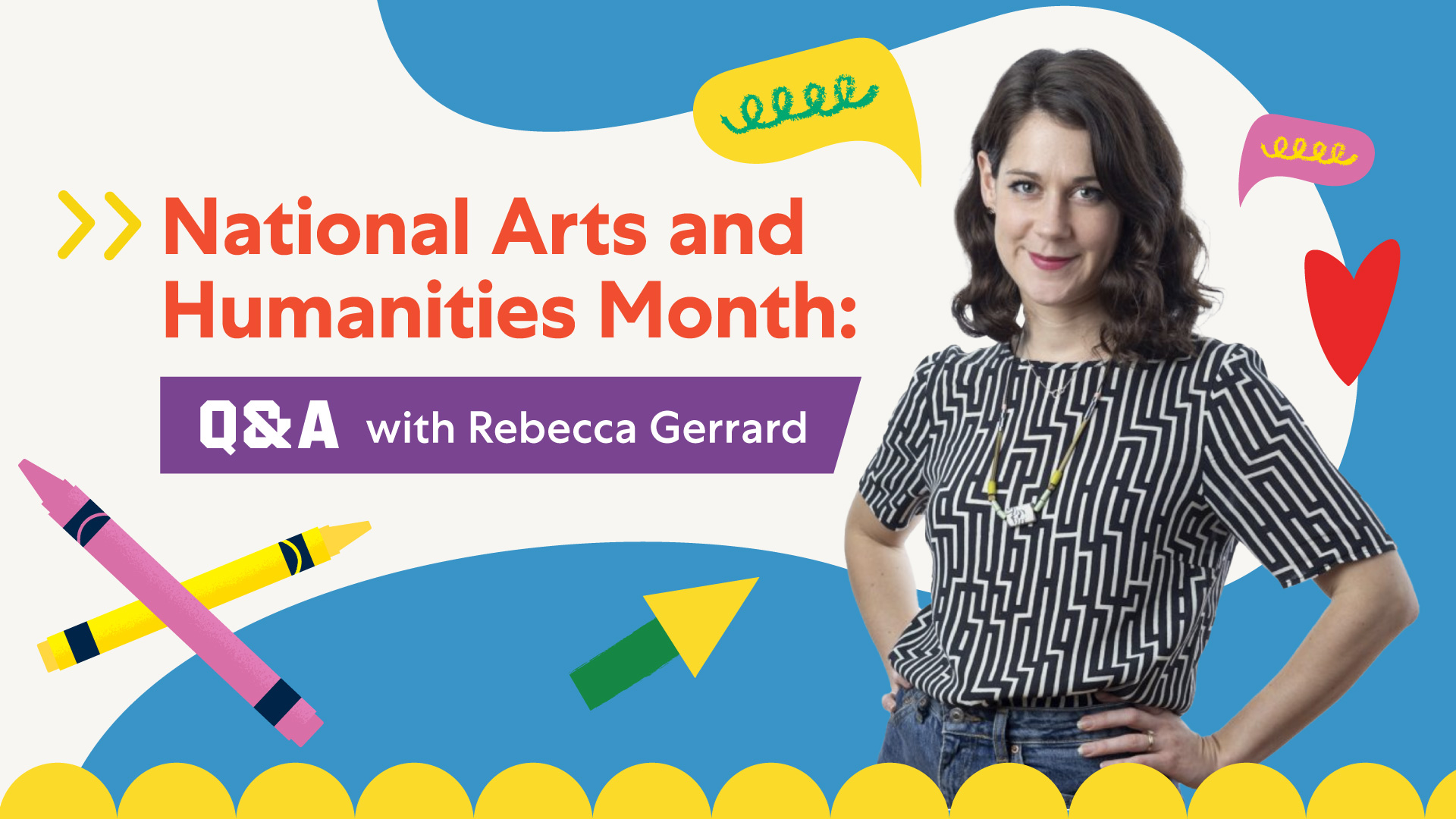 At New Victory, we believe every kid should have access to the performing arts, whether it’s through exceptional performances at the theater or our education and engagement programs.

Niki Cruz: How did the arts and humanities impact your life when you were in school?

Rebecca Gerrard: I moved secondary schools over the summer that I turned 15. Being a new student at that age was definitely awkward, but I quickly found my place in the theater department and was lucky enough to have two incredible, supportive teachers and a group of fellow theater nerd pals. I was also moving from a school that did eight subjects to a school that only did seven, and didn’t usually allow students to take theater, visual art and music. I was fortunate enough to have an art teacher who supported me to continue my art classes at lunch and after school. I consistently found that my arts and humanities teachers were the most flexible, curious and student-centered in their classrooms. Theirs were always the classes that I looked forward to the most each day.

This encouragement reached beyond school. In my junior year of high school I had completed the qualifications I needed for college, and since the theater classes didn’t extend into my last year of high school, my theater teachers recommended that I audition for a theater course at the local community college. I got accepted, and for that year, instead of being in school, I had the luxury of creating collaborative theater every day. That was back in 2002, and I’m still doing that now!

NC: How has being a teaching artist influenced your life?

RG: Teaching artistry influenced my life as early as undergrad. I studied contemporary theater at the Royal Conservatoire of Scotland. Learning how to be a teaching artist was a compulsory part of the curriculum starting from Year 2 until Year 4, when I elected to study theater in prisons and probation for my final module. We were taught to value teaching artistry as part of our careers as artists, viewing the work with each group as collaborative. We were also taught to esteem teaching artistry like any other professional project, not to lower standards of aesthetic and process because we were working with untrained performers.

I left college in 2010, starting my teaching artist career by co-running a year-long devised theater program in the kitchen of a high-security prison. Being a teaching artist, making work with so many different groups of people, in whatever space we’re given, has made me a truly collaborative and flexible person. It’s made me know the importance of humor and self-awareness, not taking myself too seriously and stepping away from ego. When I moved to the U.S. in 2016, the arts, and specifically being a teaching artist, were once again the way I found community. The teaching artist friends that I made in that first year are now some of my closest pals here. And, since NYC teaching artists work all over, it was a great way to get to know the city.

NC: Why do you think the arts are essential in times of uncertainty? How have they helped the population you’ve worked with during the pandemic?

RG: I’ve worked in wide range of settings and institutions from daycares to schools, high security prisons and juvenile detention centers so, even before the pandemic, I understood that the arts can be part of what makes people feel most like themselves, even when they are in environments that work specifically to dehumanize them and reduce their day-to-day living to just surviving. When the pandemic hit I was cynical about how this work would translate to zoom but in the groups I met with on a weekly basis we talked frequently about how comforting it was for all of us to meet as a group, have fun and check in on each other every week. The classroom teachers in those groups also had a chance to share how burned out they were from simultaneously going through the pandemic and having the added pressure of supporting students and trying to do their job in sometimes impossible circumstances.

The teachers frequently said that participating in arts programs alongside their students not only gave everyone some respite from dealing with the pandemic but, as with in-person programming, it gave everyone the opportunity to see each other in a different light. The certainty of meeting each week was also a small grounding constant in the ever shifting parameters of the pandemic.

NC: What was one book, piece of art, movie, song, etc., that has changed the way you see the world today?

RG: One of the first books I read when I moved to the U.S. from Scotland in 2016, was Between The World and Me by Ta-Nehisi Coates. Though there isn’t, or could never be, one book or resource that definitively tells the story of racism in America, the personal reflections of Ta-Nehisi Coates were a starting point for my learning, not just as a white European in the U.S. (and retrospectively as a white European in the U.K.) but as a teaching artist who went from working in predominantly white spaces to being the only white person in the room. I initially thought this was because public schools and prisons are more heavily racialized in the U.S. However, though the racial demographics are higher percentage white identifying in Scotland and the U.K., per capita, Black and brown people are still disproportionately incarcerated and victims of police brutality.

NC: What do you think it means when kids can see their experiences reflected back to them in art?

RG: I think it can be validating. To know that their experiences are shared can create a sense of solidarity and connection with others who share their story. As artists, we are in the business of creating stories, whether these are imagined—the desire to write into existence a story or world that could exist—or the chance to elevate stories and worlds that do exist but have been dismissed by the status quo of programming, publishing, exhibiting, etc. So, I think having as many experiences reflected back to kids as well as new experiences that they may not have imagined for themselves is equally as important. 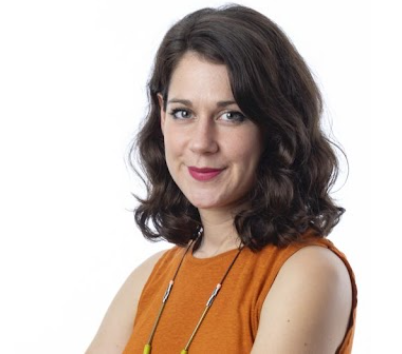 Rebecca Gerrard is a Scottish theatermaker and producer now based in NYC. She has co-created and toured new theater for young audiences as a devising artist for leading TYA companies in Scotland and the U.S., including Starcatchers, Spellbound, Trusty Sidekick, and NYCCT. In 2021 she was awarded TYA USA’s Emerging Leader Fellowship and is currently producing two of Spellbound Theatre’s main stage shows, Wink and Shakespeare’s Stars, both of which will run at the New Victory Theater in Spring 2023.