In the 2020-21 season, each New Victory LabWorks Artist received a $15,000 stipend, as well as dramaturgical and community support from New Victory’s local and international network of professional artists, educators, presenters and producers. 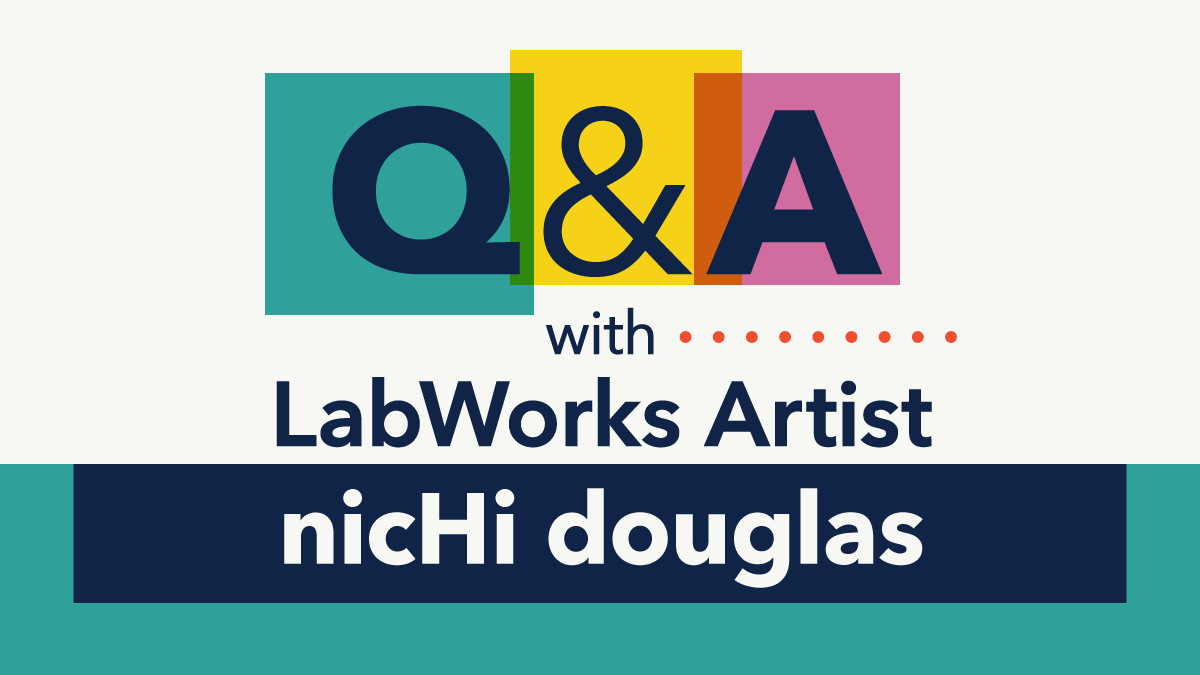 New 42 staff member Laura Been, Senior Manager of Artistic Programming, sat down with some of our 2020-21 LabWorks Artists alumni for a very special Q&A series to discuss how the artists’ childhoods have influenced their current-day artistic processes. Next up—nicHi douglas!

nicHi douglas: I was inspired by animation. I consumed so much more animation than live action media growing up that I began to expect my regular human body to be able to do what animated characters were doing! Since I always wanted to be an integral part of the “show,” dedicating my life to theater (and going on to train at NYU Tisch) became the next best thing!

n: In middle school, I did a three week summer musical theater intensive through a local community arts organization. We put together a revue of several musicals including Cabaret, Bugsy Malone and Fame. I was proud of myself for learning all the music and choreography so quickly. I remember that one of the numbers involved chair choreography, which probably blew my mind at the time!

n: The largest influence in my childhood was exposure. Were it not for the exhaustive efforts my mother took to expose me (and my sister) to art, both performing/embodied and visual, I am not sure I would have felt empowered to step into this career path. Art and media are such integral parts of the way most folx experience the world (whether it’s on TV, through recorded music, in print, or among countless other forms); but dedicating one’s life and/or career to the arts is an absolute privilege. I am hyper aware of this privilege and move through my artistic practice making every possible effort to extend the benefits of the privilege (to others, especially to those in communities that are oft overlooked) that I can. 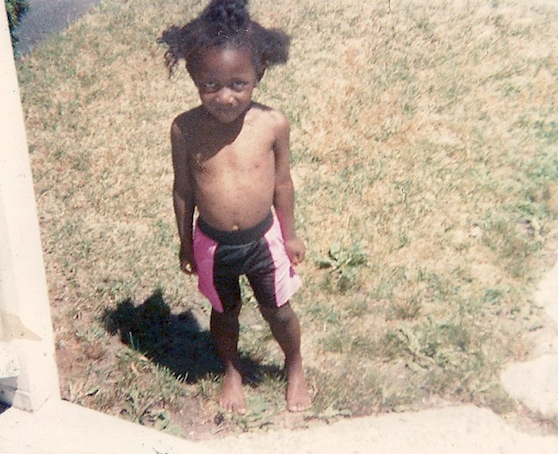 “The photo is of me in front of my house in West Orange, New Jersey. I am likely 4 or 5 years old. I appear as a small, barefoot, Black child with unkempt hair and no shirt, wearing black and pink bike shorts, smiling slyly at the camera. It is likely that we are playing an all-day hybridized version of Tag/Hide & Seek that my sister and our next door neighbors (also two sisters) made up and played often. It is especially likely that I am making that sneaky face because I was small (so, very good at hiding) and fast (so, quite hard to tag), which means I was probably winning the game!”

n: Growing up, home was where my mother and sister were. Now that I live in Brooklyn, home is a somewhat mystical concept. I feel like New York is “home” because it is where I have grown into an adult, and where I have built my career. But, I think that my next home will be where I grow a family of my own…and that could be anywhere!

n: I am working on a live theater and TV show called Mimi and Rita’s Magic (Half) Hour. It was conceived by a dear friend, Marisa Wallin, and devised into existence with myself, Marisa, and our third collaborator, Cyndi Perczek. I am Mimi and Cyndi is Rita! Mimi and Rita are two city-dwelling sisters who live in a cluttered, magical NYC apartment with lots of puppet friends and neighbors. In a world where so much in a city can be “scary,” Mimi and Rita’s Magic (Half) Hour will work to expose children and their families to people and places that may be new and different. This show will be structured similarly to classics like Sesame Street and Pee-Wee’s Playhouse, following a simple storyline within Mimi and Rita’s apartment, and interspersed with short, thematic videos including animations, interviews with children, bizarre music videos, concerts and more. Above all, it will celebrate play, the essential component of childhood that seems to be disappearing more and more every day. It’s such a thrill!

n: “There is a theater organization that is famous for producing art and programming for kids and families. It’s called New Victory and it’s in the part of New York City where big Broadway shows live. One day when you’re all grown up, they’re gonna ask you how they can help you make theater for young audiences, and you’re gonna be like, ‘WHOOOAAAAAAAAAAA! ME?!?!?!?’ And then you’re gonna accept and do it!” 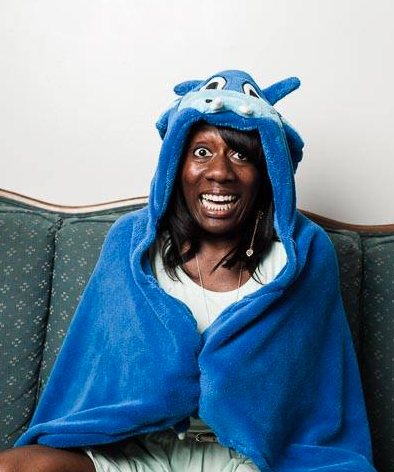 nicHi douglas is a Brooklyn-based performer, choreographer, director, writer and ART-IVIST who spells her name with a capital H. she is the Head of Movement in the NYU/Tisch Playwrights Horizons Theater School studio. she has worked in various capacities with artistic institutions across the country including Denver Center, Berkeley Rep, the National Museum of African American Music, The Public Theater and Carnegie Hall, among others. she is currently co-directing an event in celebration of womxn at this year’s Sundance Film Festival. nicHi received her BFA from NYU/Tisch and MFA from The New School.