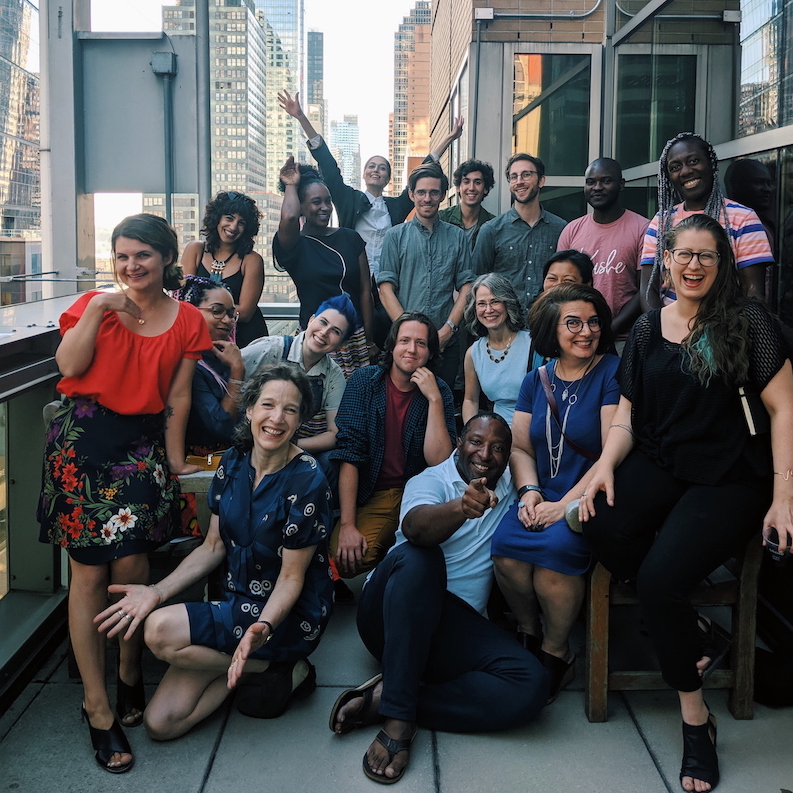 “Many of this year’s artists explore the meaning of home and how we find comfort in an uncertain world, a particularly compelling theme when we consider the conflicts young people deal with today,” says Mary Rose Lloyd, Senior Director of Artistic Programming. “New Victory LabWorks encourages artists to dig into big ideas. We want them to make choices as surprising and imaginative as the kids who will see their work.”

New Victory LabWorks has helped develop over 55 projects on their journey to the stage, more than half of which have gone on to become full productions, touring across the country and around the world. By supporting NYC artists and connecting them with the nonprofit’s international community of arts professionals, New Victory expands the canon of family performing arts made in the U.S.

To challenge what theater for kids can be, New Victory selected 11 new artistic teams who will tackle such topics as racism, adoption and masculinity, among others.

The 2019-20 New Victory LabWorks Artists include:

New Victory is also excited to continue working with the following returning artists:

Established in 2012, New Victory LabWorks encourages NYC artists to make works that challenge preconceptions commonly held about theater for young audiences. Artists receive a stipend, coveted rehearsal space in the New 42 Studios and exposure to new creative and artistic principles through New Victory’s community of leaders in the field of performing arts for families.

Past New Victory LabWorks projects include Riddle of the Trilobites from CollaborationTown and Cartography from Kaneza Schaal and Christopher Myers – both scheduled to appear this  winter at New Victory Theater – as well as The Abominables from The Civilians, Birdheart from Julian Crouch and Saskia Lane, Laser Beak Man from Dead Puppet Society, Howie D: Back in the Day from Tor Hyams, Lisa St. Lou, and Howard Dorough, Air Play (New Victory 2018) from the Acrobuffos and The World Inside Me from Spellbound Theatre (New Victory 2019).

To join the email list and receive updates on events and programs for artists, please visit NewVictory.org/LabWorks.